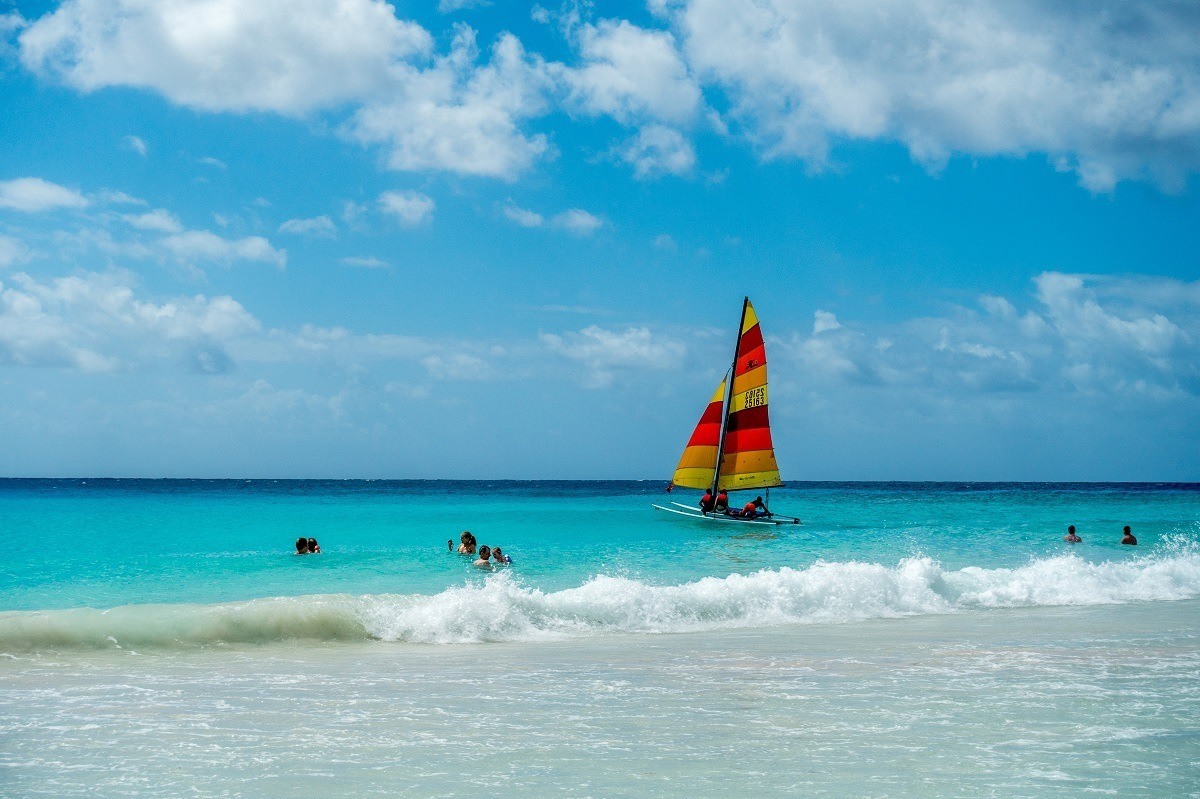 The island of Barbados is located near the bottom of the Caribbean island chain of the Lesser Antilles. Originally colonized by indigenous peoples from South America, the British arrived in the mid-1600s and established a plantation economy. Most people in Barbados today trace their roots back to African slaves. The capital, Bridgetown, and the British Garrison are recognized as a UNESCO World Heritage Site. The country has two famous exports: the singer Rihanna and Mount Gay Rum.

People come to the Barbados to experience one of the great Caribbean islands. The island has numerous beaches that go on for miles. If you don’t like crowds, get away from Bridgetown and find a secluded beach to call your own for the day. Beaches on the northeast part of the island are nearly completely deserted, but can have big waves. Beaches in the coves along the southern coast have broad, sand and smaller waves (and more people). If you’ve ever wanted to try a watersport (sailing, scuba diving, etc.), Barbados is the spot!

Escape From the Crowds at Rockley Beach in Barbados

Jump in the waves, enjoy a fruity cocktail, and just relax at Rockley Beach.