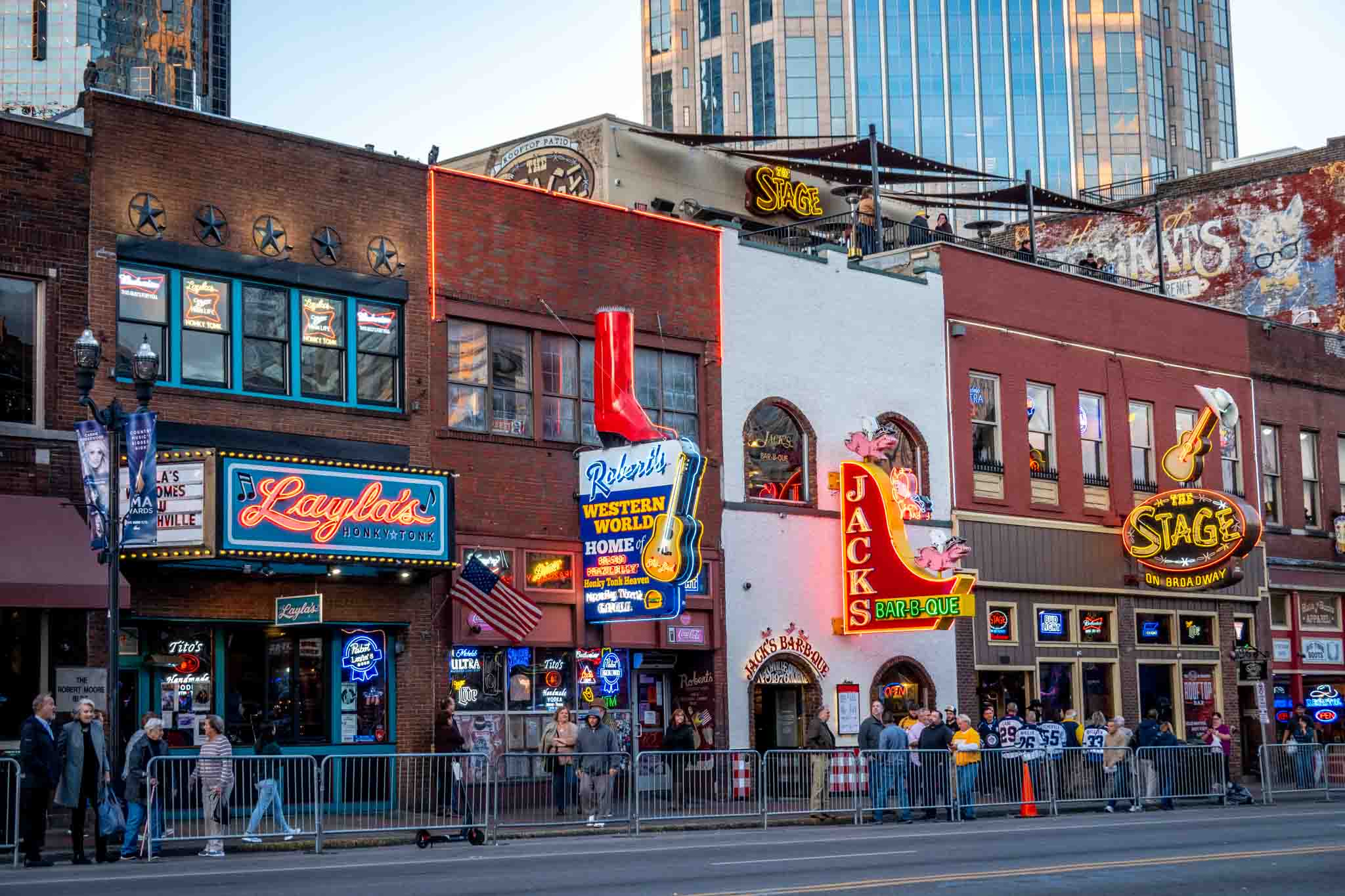 From amazing food to some of the best music in the country, there are lots of things to enjoy in Tennessee. Walk in the footsteps of Elvis in Memphis, drink world-class whiskey around the state, and discover what to do in Nashville.

The history of indigenous people in Tennessee stretches back 12,000 years beginning with Paleo-Indians followed by many other groups including the Muscogee people and the Cherokee.

Spanish explorers first arrived in 1540 but it took until 1756 for the first British settlement to be built here. In June 1796, Tennessee became the 16th state in the Unites States. In June 1861—almost 65 years to the day since joining—the state seceded from the union.

Many major battles of the Civil War were fought in Tennessee, including the Battle of Franklin and the Battle of Nashville—both Union victories. Native Tennessean Andrew Johnson became military governor of the state, reluctantly supporting efforts to abolish slavery (he himself was a slave owner) and enlisting newly freed Blacks into the Union forces. Around the state, you can still visit numerous battlefields and former plantations that were built through the money generated by slavery in the antebellum economy. These include estates like Belle Meade Plantation and Belmont Mansion as well as Jackson’s home, The Hermitage.

During the Civil Rights Movement, Tennessee figured prominently as segregation and racial unrest continued in the state. One key figure in the fight for equal rights was then-student (and ultimately Congressman) John Lewis. Lewis organized numerous activities as part of the Nashville Student Movement, including sit-ins at local lunch counters. The location of some of the historic sit-ins, Woolworth on 5th, is now a restaurant in downtown Nashville, and features information about Lewis and his fellow organizers.

Planning a trip to Tennessee

It’s just over 100 miles wide, but Tennessee stretches over 400 miles long from the Appalachian Mountains to the Mississippi River. The state is home to the Great Smoky Mountains National Park and five National Scenic Byways, including the beautiful Natchez Trace Parkway.

The major cities of Memphis and Nashville are known as centers for some of the best music in the US. From Graceland and Beale Street in Memphis to the Ryman Auditorium and the Grand Ole Opry in Nashville, there are hundreds of spots to learn about music history and hear bands. In addition to the music and tons of fun things to do, you can’t miss the food like BBQ ribs in Memphis and Nashville’s famous hot chicken.

Whether you’re looking for big cities, small towns, or natural beauty, Tennessee has you covered. Driving is the best way to link the sites for maximum convenience, and nothing is too far away—you can drive across the whole state in about 6 hours.

Nashville, Tennessee, is all about fun. Live music, street art, rooftop bars, and some of the best food anywhere combine to make a weekend in Nashville one of the best getaways you can take.

15 Top Hotels in Downtown Nashville for Your Next Trip

Nashville has a lot of great hotels, but these are the 15 best places to stay in downtown.

12 Things to Do for Christmas in Nashville

Christmas is a special time to visit Nashville. The city brings out its finest decorations, some of its best performances, and lots and lots of Christmas lights.

Read More about 12 Things to Do for Christmas in Nashville

40 Best Things to Do in Nashville

Nashville seems to have it all. There is live music basically any hour of the day, fun places to hang out and relax, and history stretching back to the early days of America. And don’t forget the food.

Read More about 40 Best Things to Do in Nashville

19 Fun Ideas for a Date Night in Nashville

From wineries to parks and unique music venues to making your own chocolate, here are some of our favorite ideas for a fun date night in Nashville.

Things to Do in Tennessee on Your Next Trip

Cheekwood Holiday Lights: What to Know Before Visiting

A visit to Cheekwood Lights is a highlight of

Read More about Cheekwood Holiday Lights: What to Know Before Visiting

15 Best Restaurants in Nashville for a Great Meal

Visitors are spoiled for choice with where to eat in Nashville, so it’s hard to know which restaurants are the best. These are some of our favorites.

In an improbable twist of distilling fate, a one-stoplight town in southern Tennessee is home to the top-selling American whiskey in the world–Jack Daniel’s.

A tour of Belle Meade tells the story of the people—black and white—who lived here and saw a place that started as a 250-acre plot with a modest log cabin become the largest thoroughbred horse farm in the country.