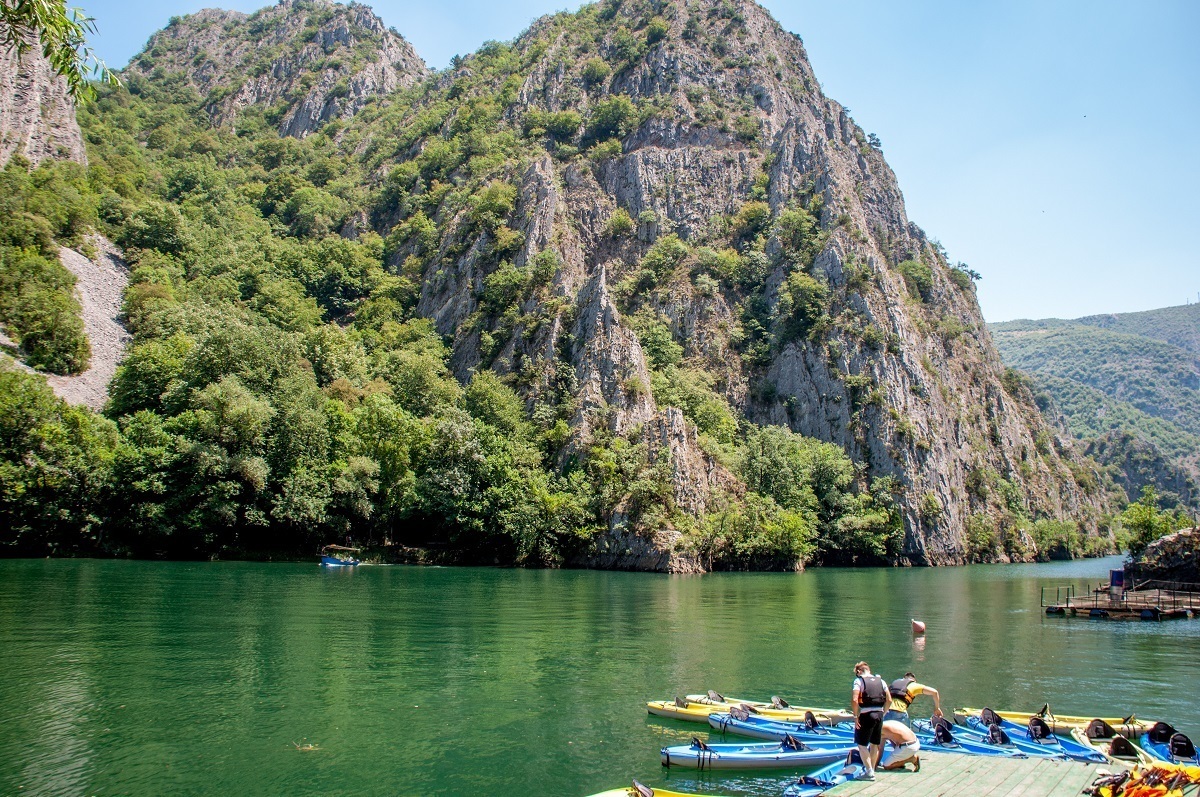 The Republic of North Macedonia (sometimes called the former Yugoslav Republic of Macedonia or FYROM) is an unexplored spot on the map for many tourists. It sits just above Greece and in the general area referred to as the Balkans. If anyone has heard of it, they probably lump it into the war-torn countries of the Balkan War. Nothing could be further from the truth. Of all the countries in the world, this is one of the ones that surprised us the most.

Roughly parallel to Italy, North Macedonia enjoys the Mediterranean climate without the coastline. That means it has a fantastic wine producing region and incredible food. Lake Ohrid is a majestic body of water and the towns that cling to its shores are well worth a lengthy visit. The quirky capital of Skopje has generated significant interest for its redevelopment plans. We found the Republic of North Macedonia to be an incredibly welcoming country and a nice (and economical) place to explore in Europe.

11 Ways to Discover the Best of North Macedonia

Initially, all we knew about Macedonia was that it was somewhere near Greece. But, pretty quickly, we learned a lot about the great things to do in Macedonia and all the remarkable things to see there.

Uncommon Vintages from an Unusual Destination

In southern Macedonia, we encountered an unexpected destination. On the hills above the tiny village of Demir Kapija we discovered the castle tower of the Popova Kula winery. From the first glimpse of the building, we knew this would be special.

Read More about Uncommon Vintages from an Unusual Destination

Learning the Macedonian Spirit Through a Cooking Class

Read More about Learning the Macedonian Spirit Through a Cooking Class

Lake Ohrid, Macedonia is perfect. The region is a great spot for sightseeing, or just relaxing. Any visitor to the Balkans should find a way to visit for a few days because there are so many great things to do in Lake Ohrid.