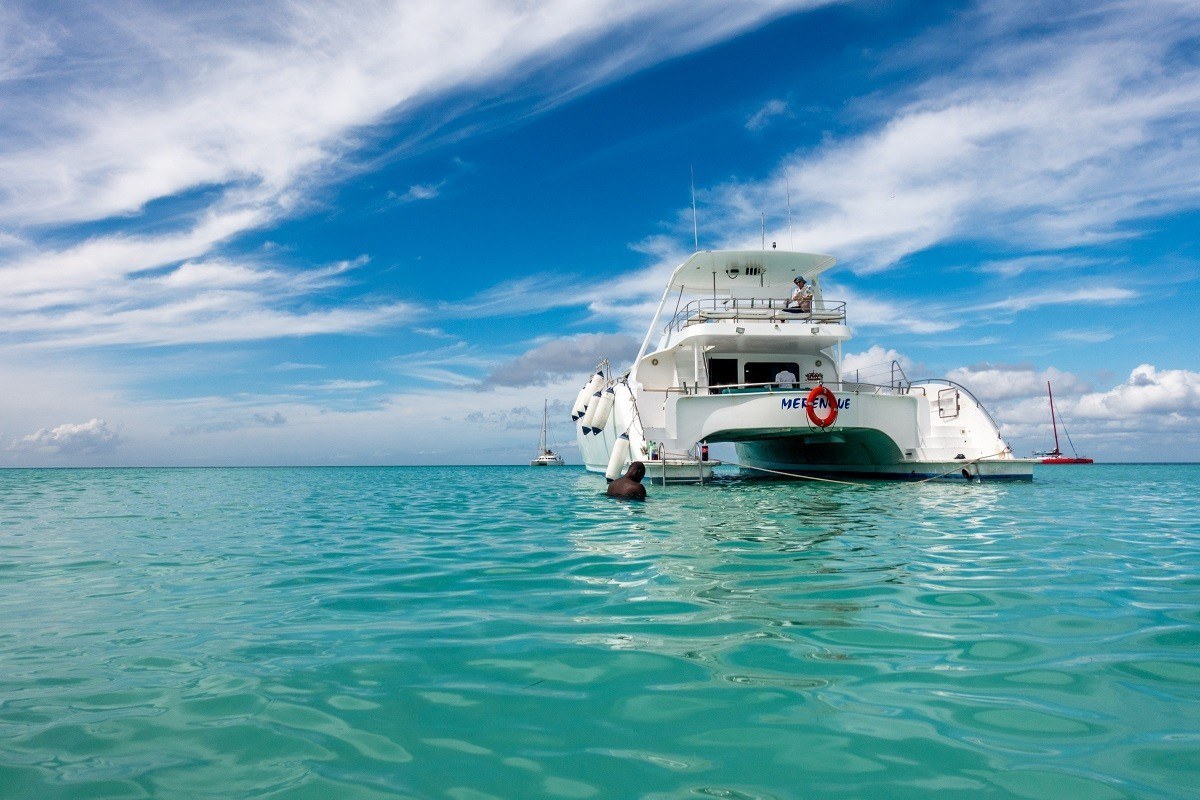 The second-largest nation in the Caribbean, the Dominican Republic shares about 60% of the island of Hispaniola with Haiti. Referred to as “the DR” in shorthand, the island has a long history and was home to the first permanent European settlement in the Americas. It is the most visited destination in the Caribbean thanks to its unique geography of soaring mountains and beautiful beaches, its biodiversity, and its history. The DR has one of the fastest-growing economies in the Americas, though a large portion of the population still lives below the poverty line.

The resort town of Punta Cana is one of the most popular destinations in the Dominican Republic. It is known for many outdoor activities from snorkeling to windsurfing to catamaran cruises and even golf. On the opposite site of the island, Puerto Plata is growing in popularity thanks to the recent addition of a cruise port at Amber Cove. The area is renowned for its waterfalls and mountains as well as its beaches. The capital city, Santo Domingo, is known for its history and culture–its Colonial Zone has been designated as a UNESCO World Heritage site.

Inside the Amber Cove Cruise Port in Dominican Republic

The Amber Cove cruise port in Puerto Plata, Dominican Republic, provides a world of things to do only a few steps from your ship.

Luxury and Leisure on a Long Weekend in Punta Cana

With 62 miles of coastline and the point where the Atlantic Ocean meets the Caribbean Sea, Punta Cana, Dominican Republic, is the perfect place for a relaxing long weekend.

So much of travel is about “doing” things—zipping from place to place, checking off activities, and coming home more tired than when you left. But a visit to Saona Island, Dominican Republic, served up an ideal day when nothing was required of us but just to enjoy being.

Stopping Traffic in a Hot Air Balloon Over Punta Cana

For over an hour, we floated over the eastern part of the Dominican Republic. We gazed at the white buildings of Higuey and hovered over the ponds. We passed trees that looked like broccoli from our vantage point in the sky, sometimes hanging low over fields that seemed almost within reach.

Changing Lives with Chocolate in the Dominican Republic

We had barely stepped through the door when we were handed the hairnets. A crucial part of any food-related activity, the white, synthetic caps would ensure we were making quite a fashion statement for our morning at the chocolate factory.

Read More about Changing Lives with Chocolate in the Dominican Republic

Hanging out at the pool, watching the sunset, visiting the midnight buffet—some experiences are common to every cruise. But some trips also offer something different. And that’s certainly the case with a trip on the Adonia.