Within two minutes of sitting down, my upper lip began to tingle. A minute after that, my nasal passages felt like they were being singed. A burst of steam sizzled up from the rocks in the corner.

“How long do you want to stay?” I asked my companions. “Just a few more minutes,” came the reply. “Then we do the bucket.” 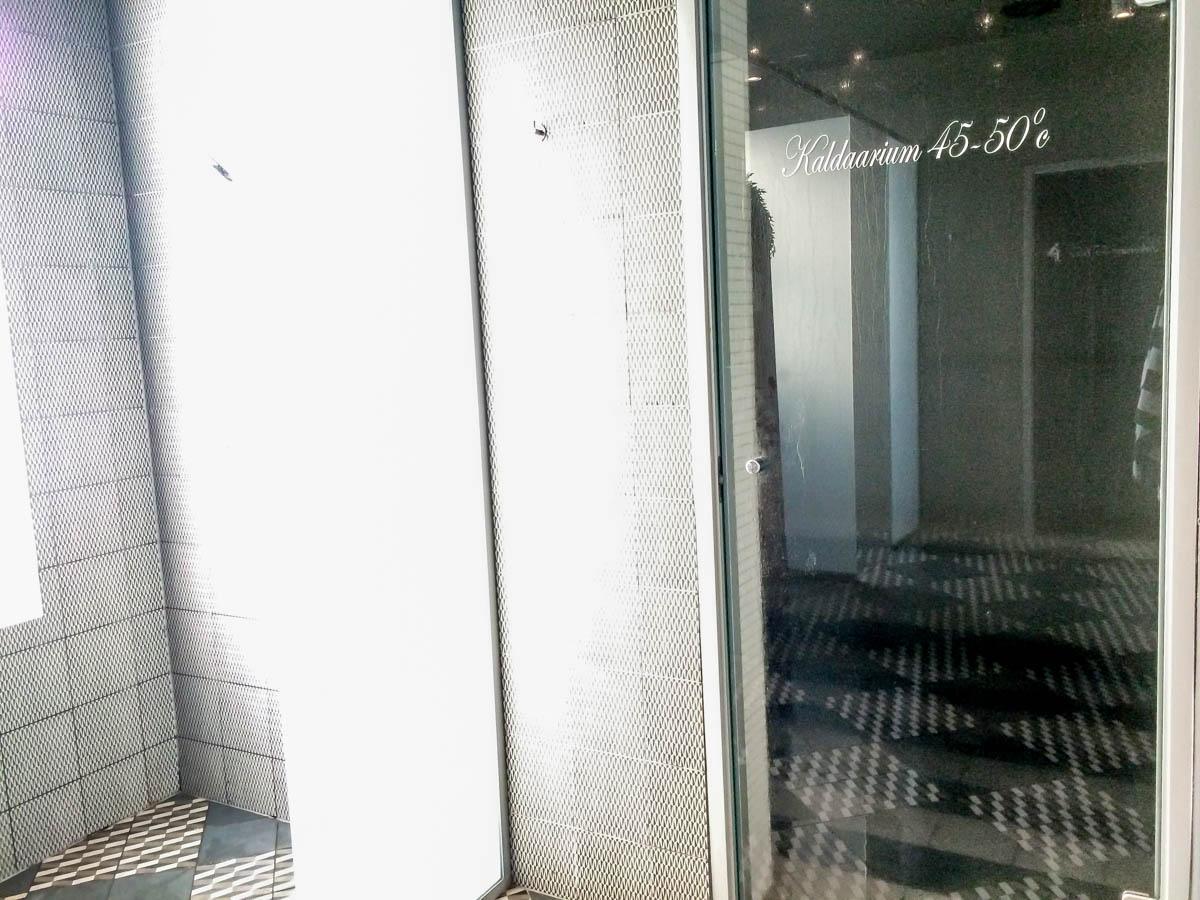 Sweat dripped down the sides of my hairline as I breathed in the steamy, scorching air of the sauna and contemplated the bucket. Just outside the door, people filled a bucket with ice-cold water and dumped it on themselves. Intentionally. Occasional – and completely understandable – squeals sliced through the otherwise quiet experience.

When in Estonia, do as the Estonians do. 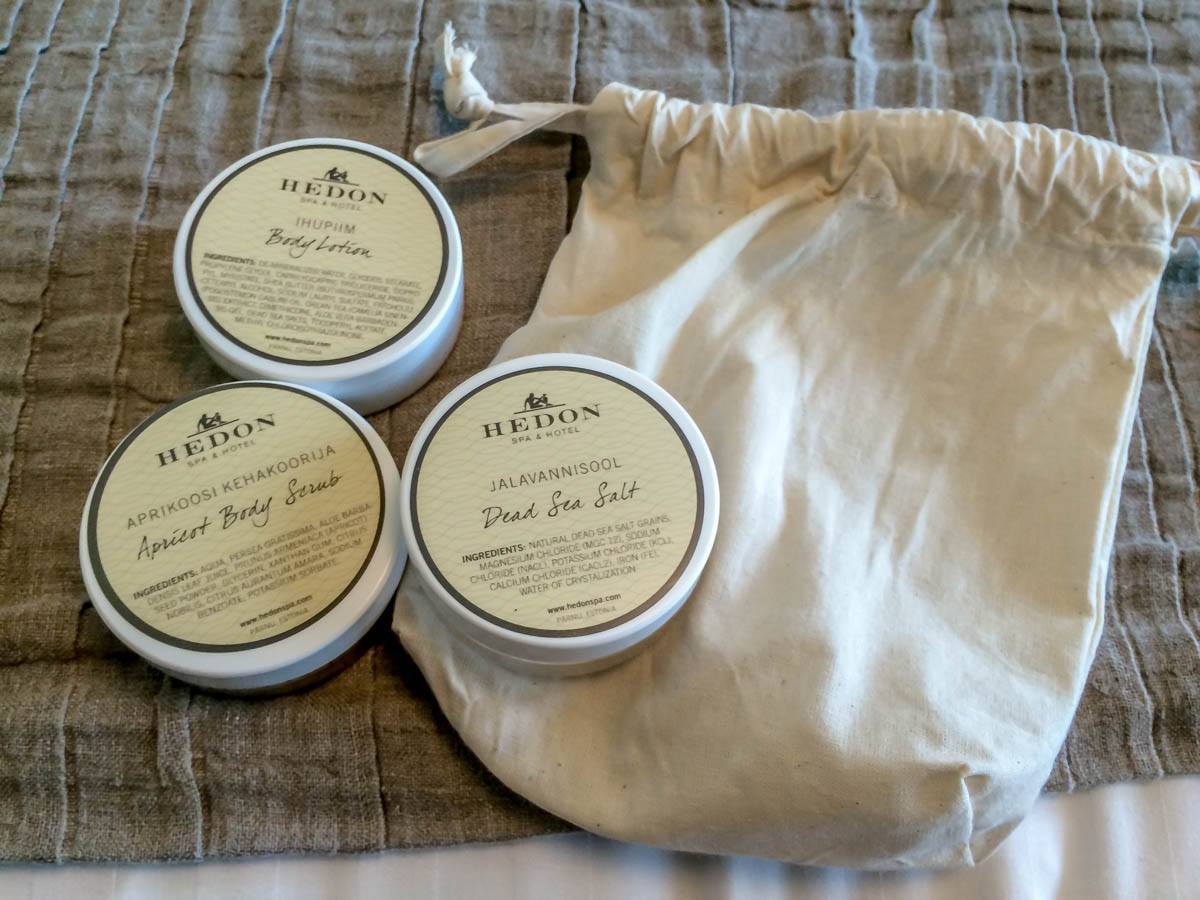 The sauna and bucket combination was the last step of a 10-step process for the silent spa at Hedon Spa & Hotel in Parnu, Estonia. We indulged in a sea salt footbath, luxuriated in a salt water pool, and relaxed with a facemask before trying the saunas of various temperatures – all in a facility that has recently been restored after almost 90 years. 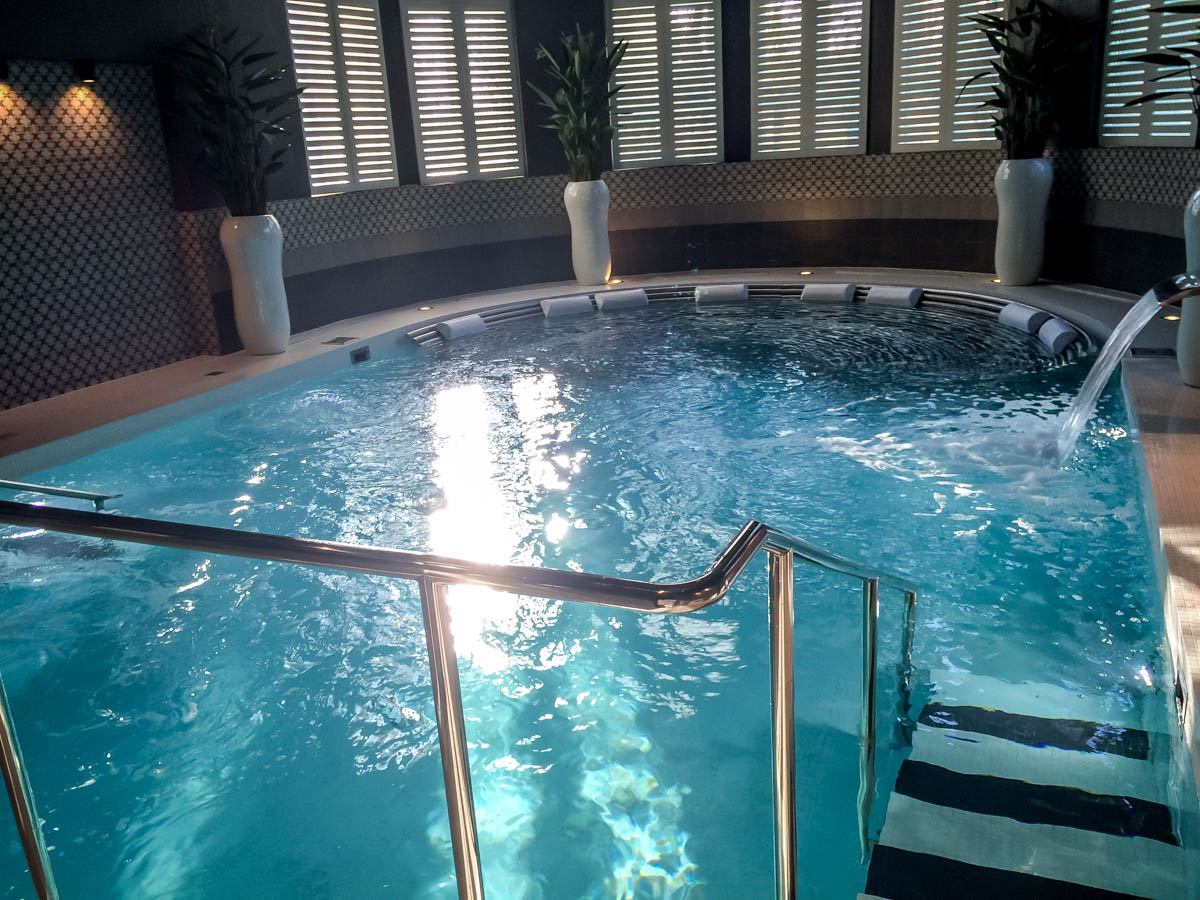 The history of baths and saunas in Parnu can be traced to the first bathing house built on this site in 1838. It offered salt baths in the summer and sauna in the winter (sauna is a core component of every season and many social occasions in all the Baltics). The building was burned down during World War I but was replaced with the Parnu Mud Baths in 1926. 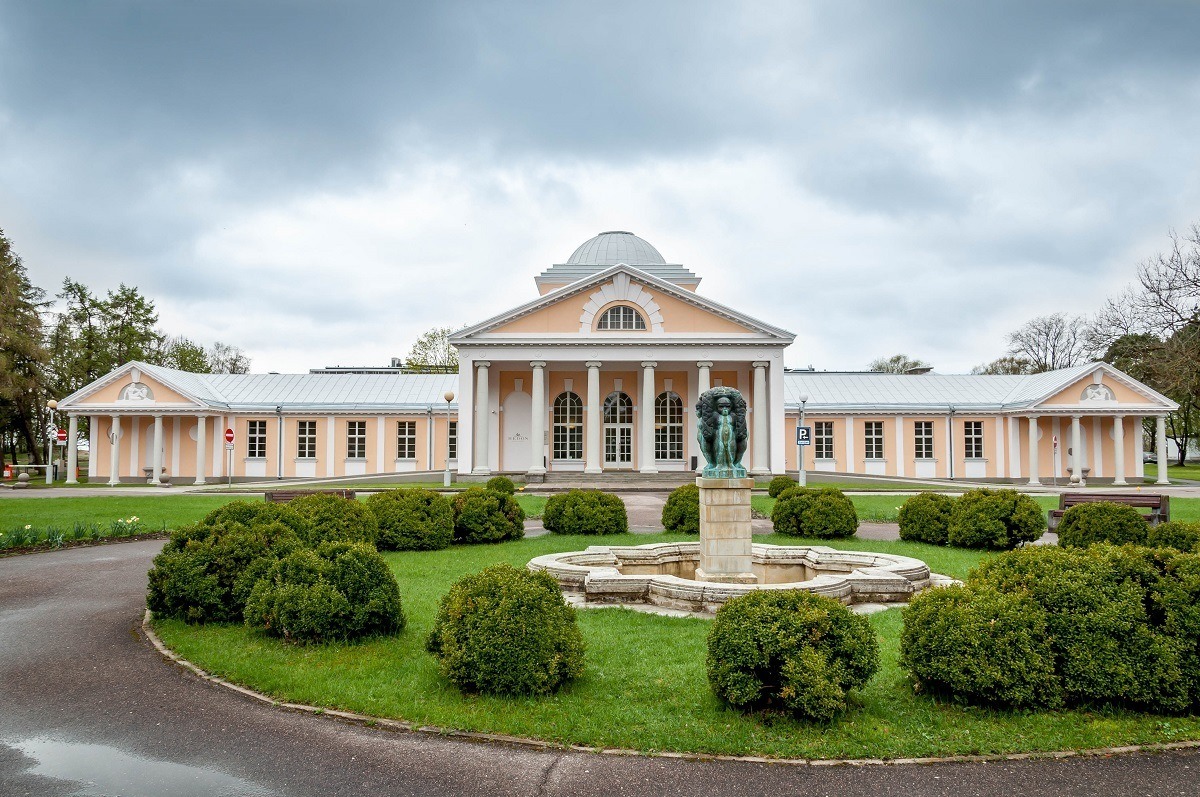 In the Soviet years, the “temple of health” became very…well, Soviet. Practitioners in white coats served the health of the working people, creating an environment that had much more to do with medicine than indulgence. But all that changed in June 2014 when the luxurious Hedon Spa & Hotel opened in the historic space. 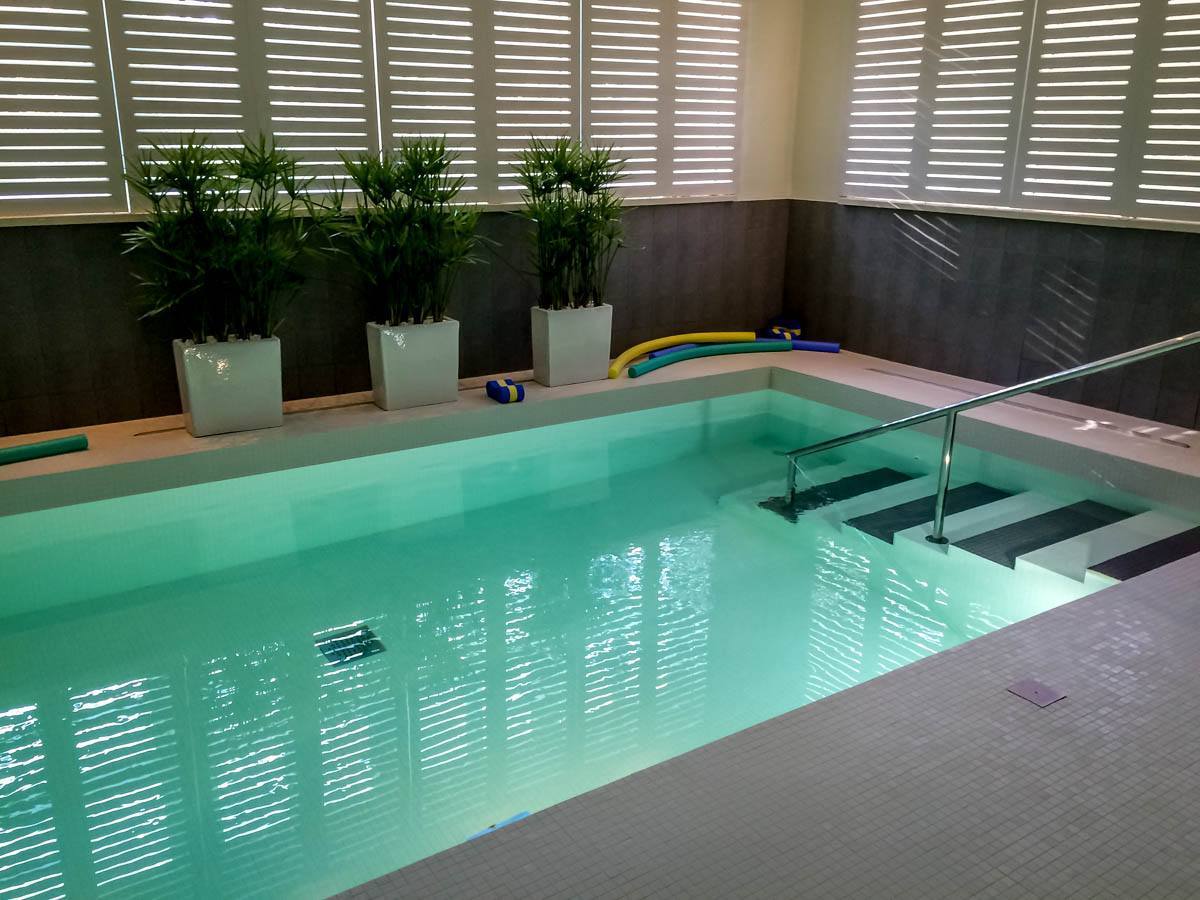 The old Parnu Mud Baths have been completely renovated but still feature the bones of the old building, including flooring, moulding, and even some of the original decorative statues. A new extension includes 72 modern hotel rooms (with extremely comfortable beds) all just a few meters from the beach. 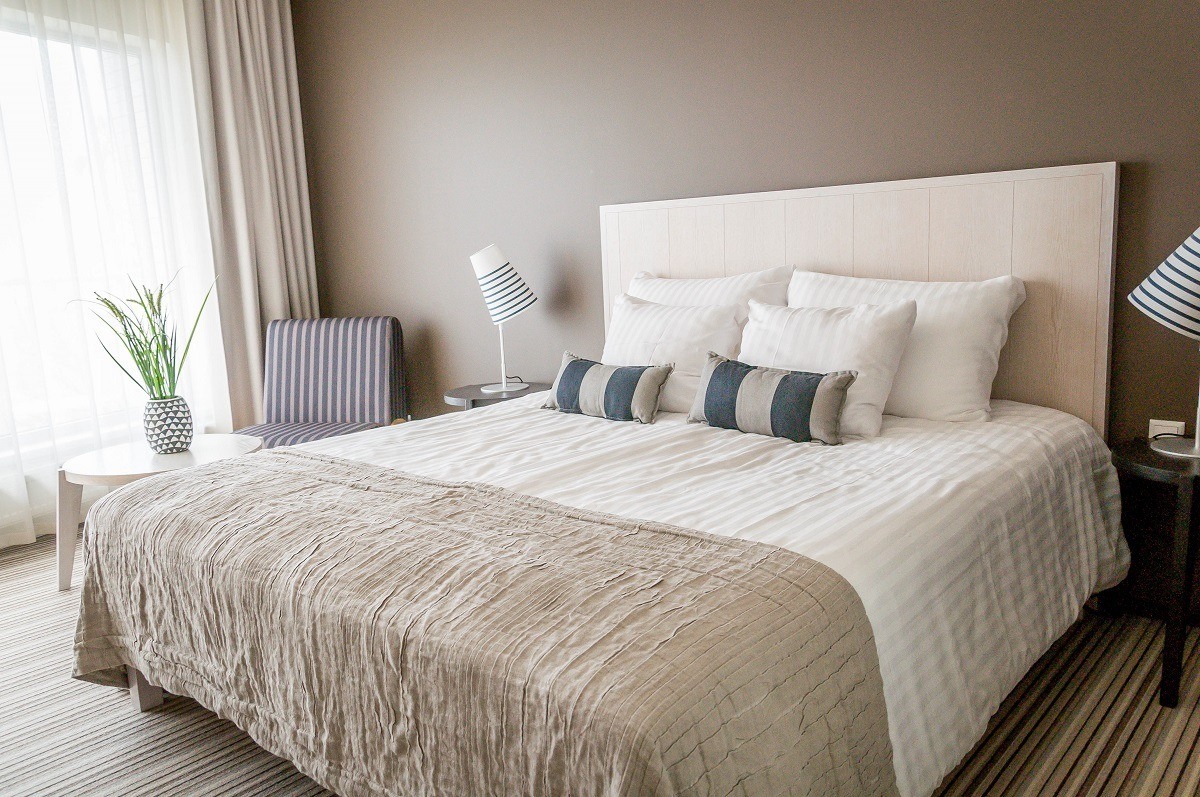 Thanks to the seaside location and active nightlife, the population of Parnu doubles in the summer months, and the Hedon Spa & Hotel becomes one of the most popular places to be. When in Estonia, do as the Estonians do. 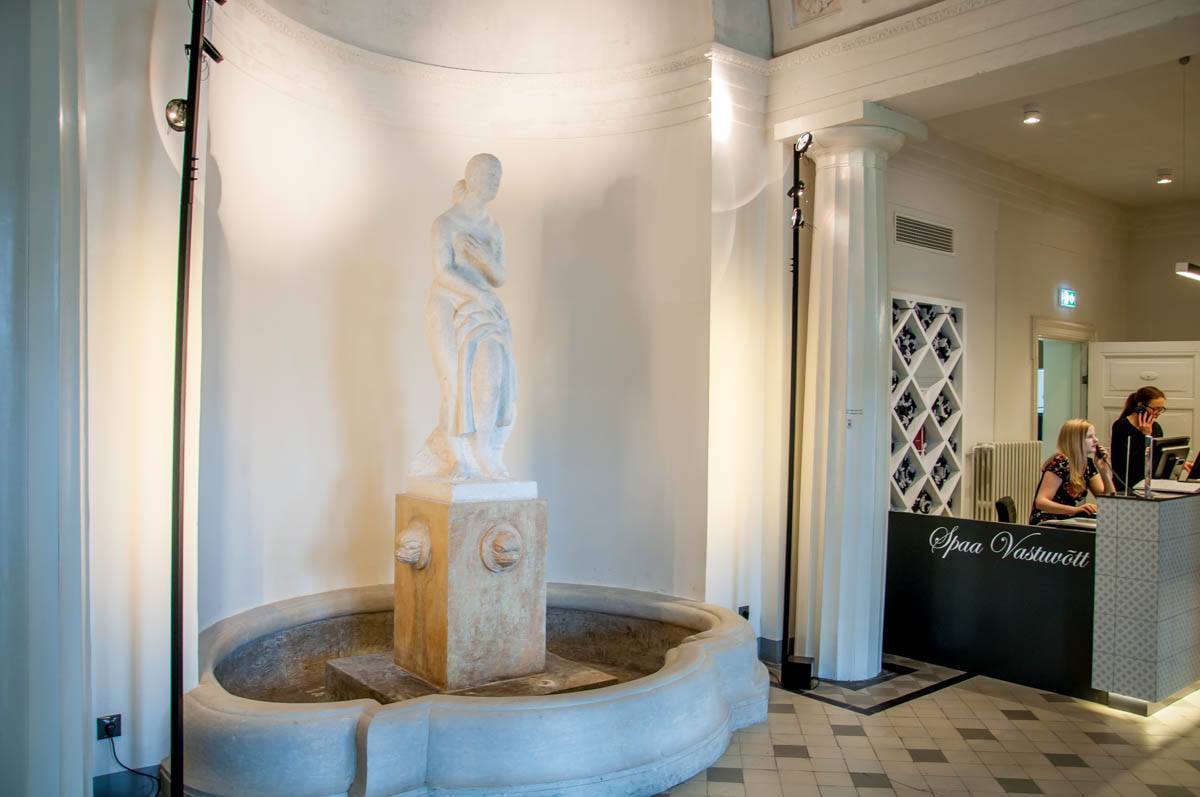 Location: The Hedon Spa & Hotel is located at 1 Ranna puiestee in Parnu.

Cost: Silent spa (including products) is 25€ during weekends and 20€ during weekdays. Prices for hotel guests are 20€ and 15€, respectively.

We explored the Baltics as guests of JayWay Travel. As always, opinions of the warm and relaxing are our own. 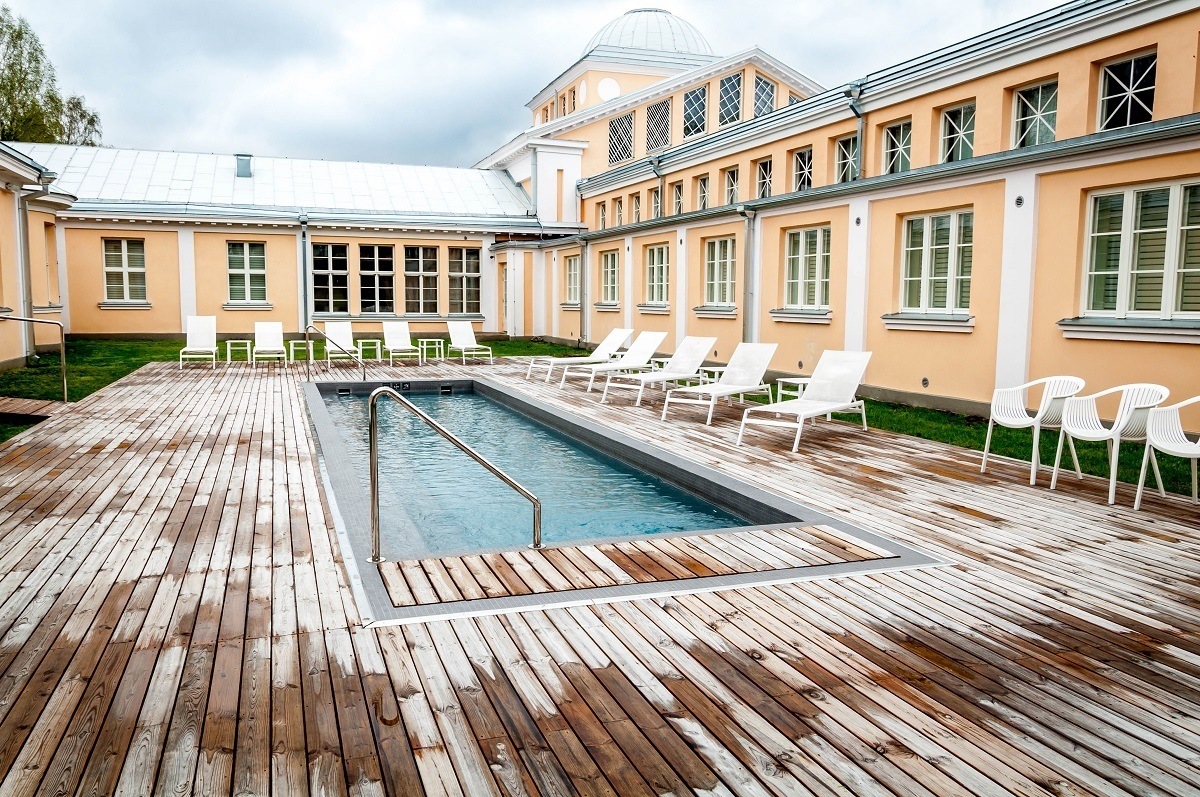 Heather @ Ferreting Out the Fun

I did a similar spa experience in Latvia and it certainly is a unique way to relax!

Yes, I enjoyed it, but it's different :)

What a beautiful building and the spas look amazing. This sounds like one of those hidden gems that make a trip to Estonia worthwhile. Great post