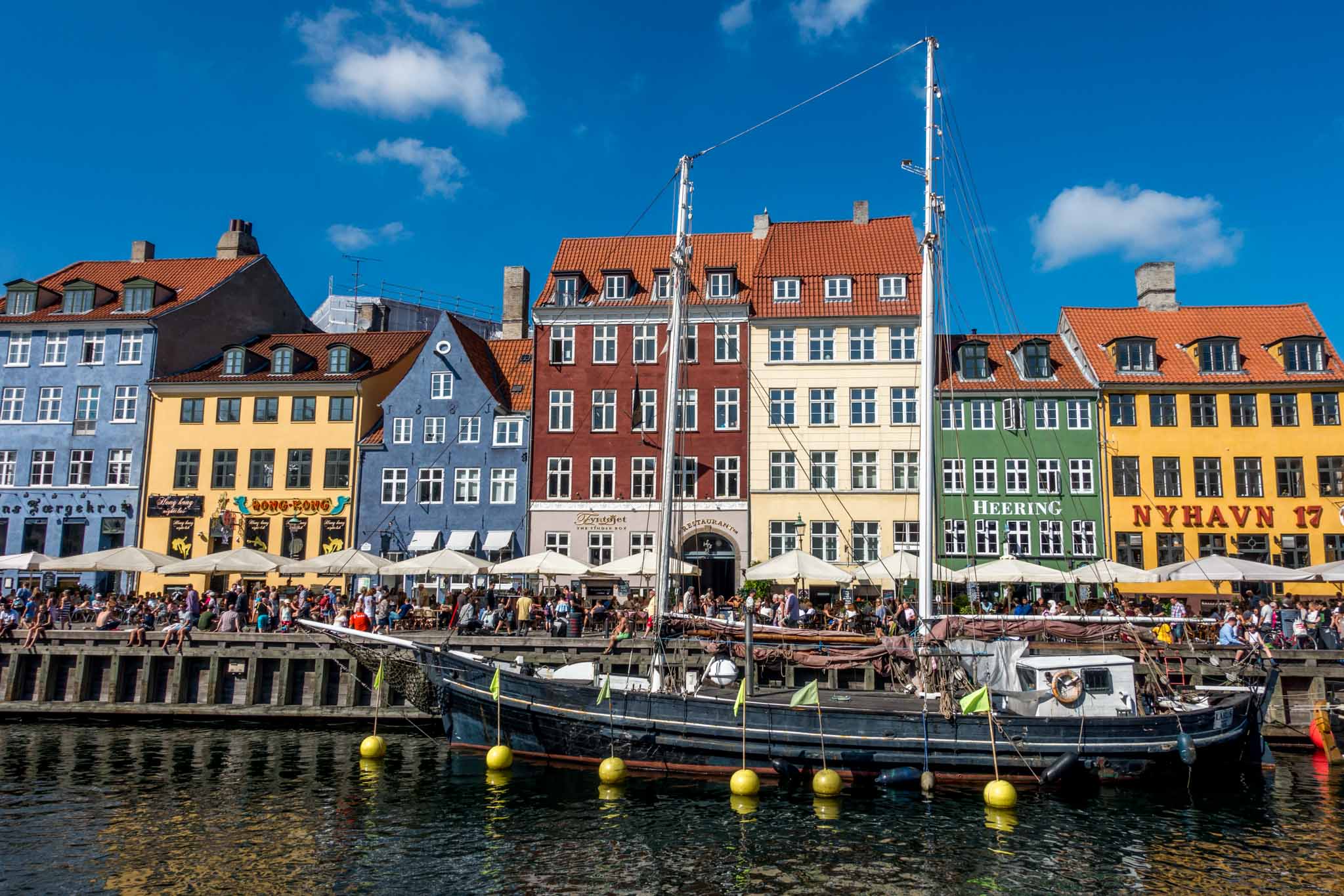 One of the Nordic countries, Denmark consists of a mainland and 443 islands in Northern Europe. It has been inhabited since approximately 12,500 BC, so it has a very deep history, long pre-dating the Bronze Age. The country is a constitutional monarchy along with a parliament. A member of the European Union, it’s considered to be one of the happiest countries in the world and has a very high standard of living. Visitors may find that prices here are higher than in many other parts of Europe.

Copenhagen, the capital of Denmark, was founded as a fishing village in the 10th century. The importance of fishing and maritime life is still obvious throughout the city, especially in the picturesque Nyhavn harbor, which is a must-visit for any tourist. Copenhagen has lots of other things to do, including markets, shopping, numerous historical sites, the unusual community of Christiania, and the beautiful Tivoli Gardens amusement park. The nearby city of Roskilde is home to a cathedral that’s a UNESCO World Heritage Site and a Viking ship museum. Denmark’s second-largest city Aarhus is well-known for its musical history and festivals.

In this self-proclaimed free state in the middle of Copenhagen, no one owns their homes, the people police themselves, and all decisions are made by consensus. It’s been this way for 45 years now, and the residents—all 850 of them—have no intention of changing.

15 Things to Do in Copenhagen

In Copenhagen, you can visit the Meatpacking District, take a spin through animated Tivoli Gardens and even visit the beach on your way to the picturesque old harbor, all in a walk that barely breaks two miles. But that’s just a fraction of the things to do in this colorful old city.

Read More about 15 Things to Do in Copenhagen

Compared to other castles and palaces in Europe, Rosenborg Castle is welcoming and relatively modest at just 24 rooms.

Just a half-hour from Copenhagen, the Viking Ship Museum in Roskilde is home to the reconstructed remains of five Viking ships that date from the 11th century.

It’s almost impossible to be unhappy when you’re surrounded by good food.