“I think I could live here.”

Deadpanning, my mom glanced over her shoulder at me as if we were at an open house for a remodeled four-bedroom ranch home. In front of us stood three hulking silver lions guarding two 350-year-old Danish thrones.

Copenhagen is not known for its amazing weather, so even though it was the middle of summer, it was a drizzly 66 degrees (19 C) outside. To do something that didn’t involve getting wet, my mom and I had decided to head to the city center to visit Rosenborg Castle (aka Rosenborg Slot). And that’s where we stood as my mom considered making the 400-year-old summer home of King Christian IV her own.

Read more about other fun things we did in Copenhagen.

On one hand, the idea of saying you would be quite comfortable living in a renaissance castle is clearly absurd. On the other hand, it tells you a lot about how welcoming and relatively modest the 24-room estate is compared to other castles and palaces in Europe. And, although it was once in the country, it now sits just a few blocks from a major art museum and one of Copenhagen’s popular food halls. Location, location, location.

Once we agreed that the government of Denmark wasn’t likely to allow her to move in, my mom and I continued our tour of Rosenborg Castle.

The castle’s 24 upper rooms are home to a lavish array of decorations made from marble, gold, silver, and brocade fabrics. There is the wood-paneled Winter Room decorated with outdoor-themed paintings, a golden astronomical clock, and a massive bust of Christian IV. Nearby, you can see the king’s bedroom complete with a secret peephole for spying and some of his majesty’s war-worn clothes. In Christian V’s Hall, cherubs dance on the ceiling while Christian V himself gazes down from above a massive fireplace from the 1600s.

Upstairs in Rosenborg Castle is the Knights’ Hall which was originally used for banquets but is now home to the aforementioned thrones and accompanying lions. The corners of the ceiling feature the four continents known at the time, and the rich wall tapestries illustrate scenes of the Danish royals leading their forces in defeating the Swedes.

As beautiful as the furnishings and decorations are, the stars of a visit to Rosenborg Castle are the Crown Jewels. The castle’s basement contains the Treasury, which is home to many priceless artifacts, including jewel-studded saddles and swords, brooches, and all manner of solid gold items. There are several magnificent crowns on display, but the real highlight is Christian IV’s glorious crown. It dates from the king’s coronation in 1596 and is seven pounds of solid gold and precious stones. Monitors in the Treasury even ‘shhh’ visitors making too much noise so that people can revel in the crown’s magnificence in peace.

By the time we finished our tour of the castle, the weather had begun to improve a little bit. Under slightly brightening skies, we headed outside to the Rosenborg Castle gardens.

With purples, reds, yellows, and so much green (at least the rain is good for the plants), the castle gardens actually pre-date the castle itself. I suppose it makes sense that Christian IV wanted his summer house to feel like summer. At the time, the gardens were highly functional, too, providing a variety or fruits and vegetables for the royal household.

The formal gardens are meticulously tended, and trees spread out in multiple directions lining walking paths across the property. Here and there, there are statues and sculptures of animals, subjects from legend, and important figures in Danish history from Queen Caroline to Hans Christian Andersen. There are also large open spaces for people to enjoy because the Rosenborg Castle gardens double as the oldest and most visited park in Copenhagen.

We walked under the canopies and examined the flowers. We made good use of some of the benches and lost ourselves in people watching for awhile. After about a half-hour of wandering part of the 30 acre property, my mom stopped. “It’s beautiful, but I’m not sure I could live here after all,” she said. “Too much upkeep.” 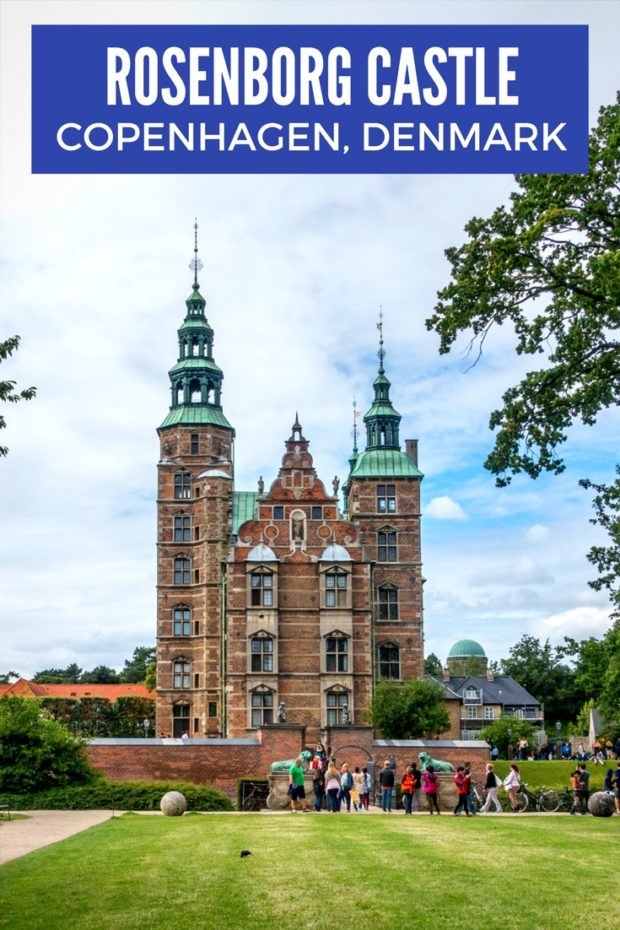 What a nice palace ... would love to call that place home as well!

Lol at your mum! Sounds like exactly the kind of thing my mum would say....ever the practical! This places looks beautiful. One day I'll visit myself. Great pics!