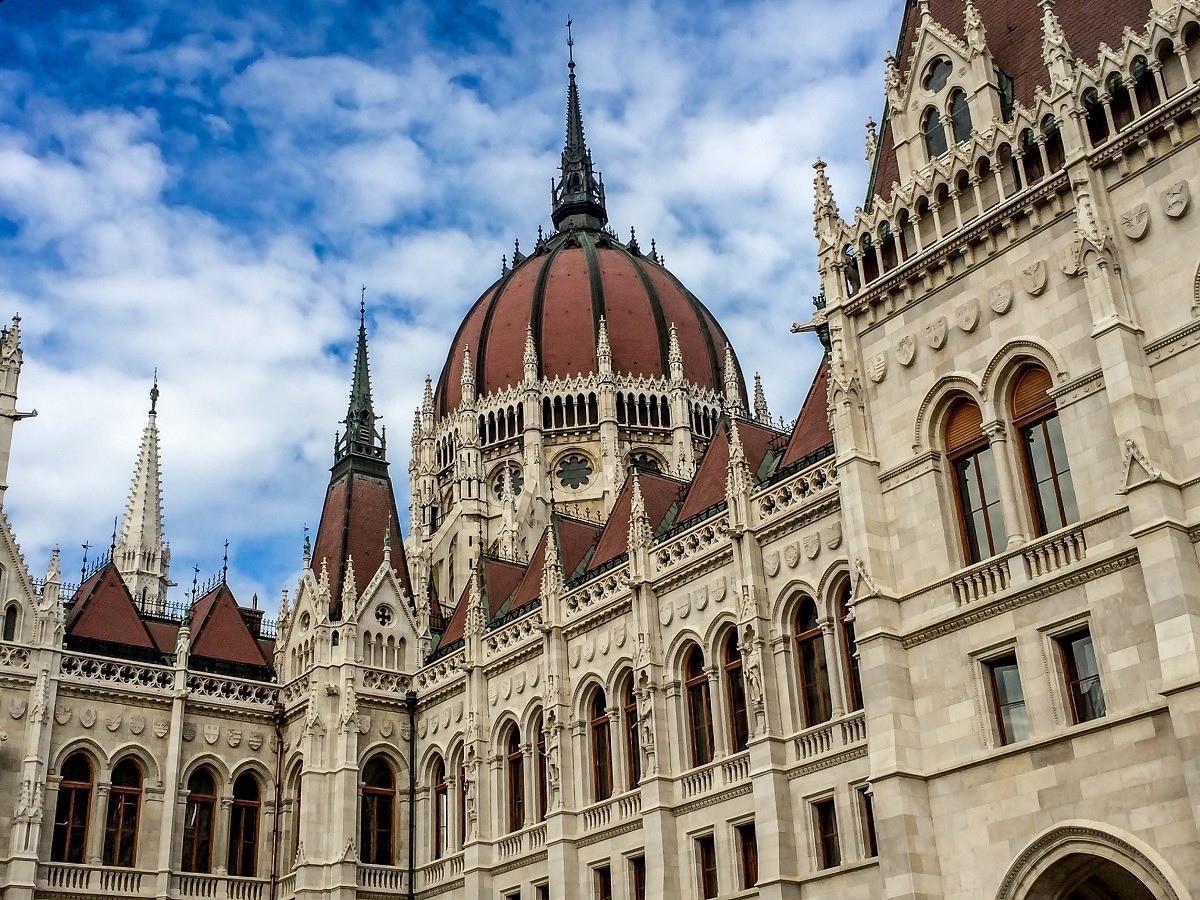 “There’s always Budapest.” It’s a common phrase in our house. When talking about where to go on vacation, inevitably one of us will say, “There’s always Budapest, Hungary.” In the last few years, we’ve been here more often than any other European destination. The “Paris of the East” is frequently used to describe the capital city for good reason: it is stately, historic, and breathtakingly beautiful.

There’s a good reason for our love of this country: Hungary is happening. It’s the new travel capital of Central Europe. Budapest is a metropolis full of culture, incredible hot springs spa complexes, amazing gastronomy, wines from the Tokaji, and tons and tons of history. There’s no more perfect place to be in the moment, eat some Mangalica pork, and dip into the warm hot spring waters. If you haven’t been here lately, you’re missing out. Here are our favorite things to do in Hungary.

Hopping Among the Best Ruin Bars in Budapest

Take an abandoned building, Christmas lights, a bit of edgy décor, and a proper amount of liquor, and you’ve got one of our favorite places to visit in Budapest—a ruin pub.

Read More about Hopping Among the Best Ruin Bars in Budapest

Budapest’s Seventh District, the Jewish Quarter, is full of culture and history.

The Local View: 10 Less Touristy Things to Do in Budapest

Budapest is a charming city in Central-Eastern Europe with a rich history. Most tourists go and see the Heroes Square, the Buda Castle, the Matthias Church and the Fisherman’s Bastion and leave after a few days. However, this Budapest guide will get you to see some of the less touristy sites.

Read More about The Local View: 10 Less Touristy Things to Do in Budapest

Turning from the boots to face the park’s entrance, I was met with three of the most recognizable figures in Communism – Friedrich Engels and Karl Marx on the right, Lenin on the left. Quite a unique welcome party, indeed. But then, Memento Park is a unique place.

A Taste of Tradition on a Hungarian Food Tour

For our second visit to Budapest, we got to dig a little deeper on a progressive dinner walk. After all, why have dinner at one place when you can have it at five?

Dipping Into the Budapest Thermal Baths

The capital of Hungary is The City of Spas. The Budapest thermal baths have been loved by locals and visitors for over two thousand years. There are more hot springs in Budapest than any other city in the world. During our recent trip, we connected with locals and took a dip into the city’s magnificent thermal baths.

Read More about Dipping Into the Budapest Thermal Baths

Stuff Yourself on a Budapest Food Tour

Budapest isn’t exactly a mecca for gourmet foodies – and we can’t understand why. Hungarian cuisine doesn’t have the international appeal among gourmands as other cuisines, but it is delicious! The absolute highlight of our trip to Eastern Europe was a Budapest food tour.

Read More about Stuff Yourself on a Budapest Food Tour

Visiting Budapest is a Feast for the Senses

The Paris of the East. That’s what they call Budapest, Hungary. We’ve had many friends visit and all have raved about this city. At times, this city has an identity crisis. Budapest’s rich architectural and cultural traditions stand in stark contrast to the bleak austerity under communism. We found ourselves overwhelmed by the sights and tastes along the Danube. We love visiting Budapest!

Read More about Visiting Budapest is a Feast for the Senses

Reliving Communism in Budapest on the Hammer and Sickle Tour

Budapest was the beginning of the end for communism in Eastern Europe. When I was 13 years old, I watched communism fall apart on live TV. The Hammer and Sickle Tour puts the events into historical context.