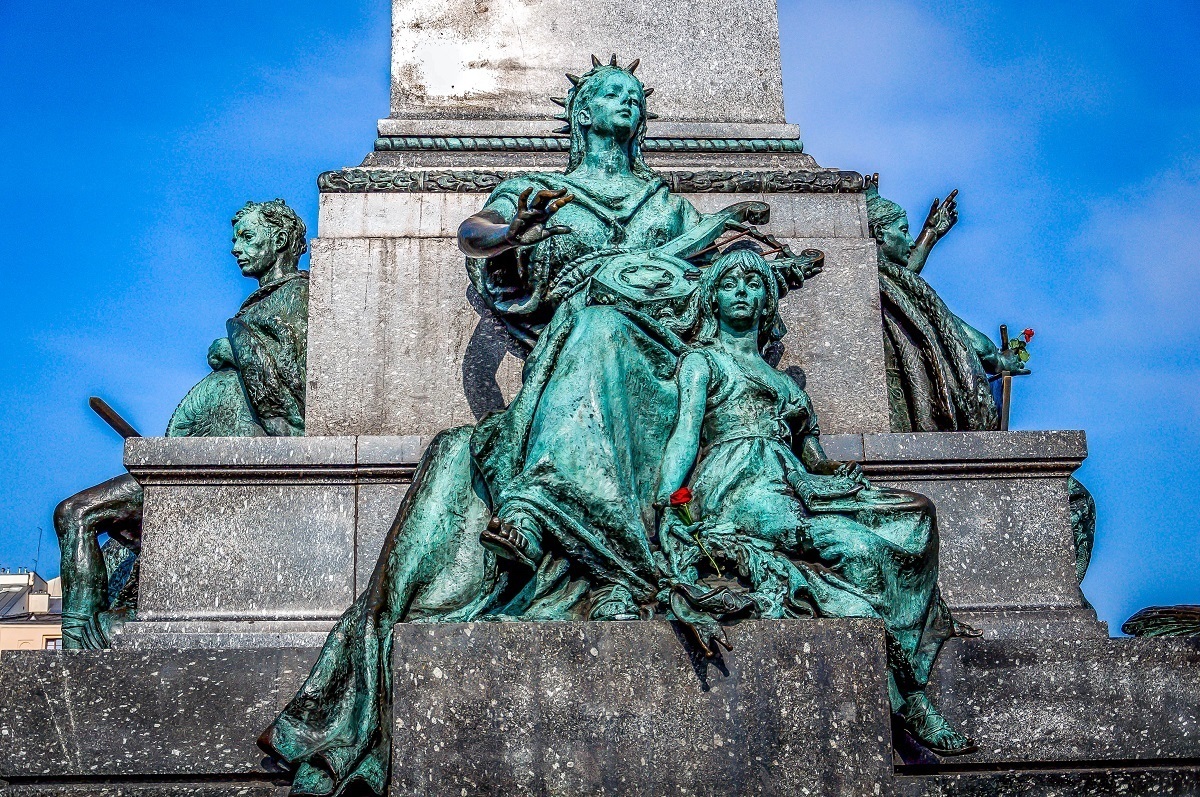 In the main market square

If there’s one country that has been on the short end of things in Europe, it’s Poland. It’s been decimated on both sides, first by the Germans and then the Russians. These two nations systematically disassembled and destroyed Polish culture and heritage. Most of the country’s old cities were leveled in World War II and in the resulting Communist era. The citizens of the country have been the butt of jokes, both within Europe and abroad. And Poles who have left their country for economic opportunities elsewhere haven’t exactly been welcomed. It’s safe to say, Poland hasn’t been treated very well.

We really wanted to love it. While we didn’t fall in love with the country, we have developed an appreciation of it. We explored the storied streets of Warsaw and its phallic tower – a “gift” from Stalin – along with a rebuilt old city (that has been recognized as a UNESCO World Heritage Site). The charm of Krakow captured our imaginations as we explored the narrow streets and alleys. And the German Nazi death camps in Poland, complete with their complicated stories of Polish resistance and also complicity, troubled our souls. Poland is a complicated country, but an important one to visit.

There are some days when you are traveling that you really don’t want to tour another church or visit another museum. There are some days when you travel that you just want to be in the moment. For us, Krakow was just such a place. Our goal for deep cultural immersion was abandoned in favor of a slower pace. What started out as sightseeing became a Krakow vodka tasting stroll – complete with several important life lessons.

Reflecting on Humanity at Auschwitz

“Auschwitz.” That single word is loaded with such evocative images and horrific associations that it’s hard to not arrive with a mental picture of the place. The events collectively called the Holocaust were not an evil committed on any one group. The Holocaust was an evil committed on all of humanity. The Auschwitz concentration camp tour wasn’t what we were expecting and it surprised us.

Read More about Reflecting on Humanity at Auschwitz

Check Out the Views at the Palace of Culture

Stalin’s Penis. That’s what locals call The Palace of Culture and Science in Warsaw – a “gift” from Joseph Stalin to Poland. Not surprisingly, locals aren’t particularly fond of the building, which is the tallest in Poland.

6 Things To Do In Warsaw

Visiting Warsaw may not be at the top of everyone’s travel list in Eastern Europe. The city has a reputation for being a drab, modern city that lacks charm and character. The Old Town is a post-war facsimile of Warsaw’s once grand past. Despite the negativity, there are actually a number of fun things to do in Warsaw.

Read More about 6 Things To Do In Warsaw