After several days in gorgeous (but crowded) Malta, we decided to visit the island’s even smaller sister, Gozo. With a fraction of the population of the main island, Gozo is much quieter and has a slower pace about it. It’s also awe-inspiring.

Gozo has stunning swimming spots, charming villages, and a beautiful coastline all punctuated here and there by unique buildings and ruins. We set out on our day trip from Malta with the goal of enjoying all the things to do in Gozo at a leisurely pace.

Here’s what there is to do on this unique island in a day.

From the ferry, we made a beeline to the Citadel (also called the Citadella or Kastell). This hilltop fortress is one of the top places to visit in Gozo, and we had heard it gets crowded, so we wanted to get there early.

In the capital city of Victoria (locals call it Rabat), the Citadel sits on a site previously settled by Romans, Arabs, and Normans. Its current incarnation was reconstructed after a conflict with the Turks in 1551. The history in the place is remarkable.

Arriving just a few minutes before 9:00am, we felt like we had the whole Citadel to ourselves. We walked into the Cathedral of the Assumption in the heart of the Citadel just as the priest was finishing his morning prayer and got to wander through the 17th-century building alone. From the bastions outside are some of the best views in Gozo, as the whole island spreads out around the fortress.

Although some areas are in ruins, exploring the streets and alleyways provides an interesting glimpse into history. Other top attractions in the area include the Folklore Museum, the Archaeology Museum, and the Old Prison, which was used from the 16th century until 1962.

Even in a country full of churches, Ta’ Pinu Basilica stands out as one of the more striking attractions, in large part because of its setting—it feels like it’s in the middle of nowhere.

Surrounded by fields in northern Gozo, Ta’ Pinu Basilica is a national shrine devoted to the Virgin Mary. In 1883, a local woman reported hearing Mary’s voice in the chapel that stood on this spot, and it rapidly became a center of pilgrimage.

To accommodate all the visitors, construction began on Our Lady of Ta’ Pinu in 1920, incorporating the original 16th century chapel. Everything about this church from its 155-foot bell tower to its series of marble statues is done to stand out. If you’re short on time, stop by for a quick exterior photo op. If you care to linger, check out the museums inside and the statues that line the walking path adjacent to the cathedral.

After some quality time with buildings and churches, we were off for some outdoor sightseeing on the island’s northern coast at Wied l-Għasri, the Ghasri Valley. All through the area, people were hiking, biking, and enjoying the scenery.

On a whim, we decided to follow a handful of people walking down to a spot just out of sight, not knowing what was at the end of the path. What we found was probably the most gorgeous swimming area we’ve ever seen—a place where the Mediterranean dips in between the impressive Gozitan cliffs.

Just a few feet away, waves crashed against the cliffs, but in Wied il-Ghasri, everything was calm. The tiny rocky beach was a perfect place to relax, and the swimming and snorkeling here was great. It’s also a popular destination for those who visit Gozo for scuba diving.

Walk through the salt pans

About a mile from Wied il-Ghasri was one of our favorite things to see in Gozo—the amazing salt pans below the village of iz-Zebbug. All along the soft limestone of the coast, salt pans form an intricate pattern that begged for closer inspection.

Before summer, the pans are filled with seawater, which ultimately evaporates and leaves the crystallized salt behind. It’s been this way for thousands of years, as some of these hand-carved cut outs date back as far as Roman times. The combination of the rock formations, the patchwork of salt pans, the sea, and all the surrounding scenery was astounding.

Just steps from the salt pans, the waves of shallow Xwejni Bay greeted sunbathers and swimmers. Families and couples congregated along the pebbly beach to snorkel, swim, and just have fun. Unlike busy Marsalforn Bay just a mile away, Xwejni Bay is quiet and understated with just a couple of businesses and room to spread out in the sun.

All of the exploring and sightseeing had us quite hungry, so we took a 20-minute drive to the coastal village of Xlendi. There’s great traditional Maltese and Gozitan food all over Malta, but we had heard great things about the seafood offerings in Xlendi, in particular. Plus, it was reported to have exceptional views. Our detour was well worth it.

The village sits on a sandy inlet of Xlendi Bay and the seaside is lined with restaurants, cafes, and modern hotels. Sitting right on the water at secluded Ta’ Karolina, visitors can watch boats returning with some of their fresh catch. A quick hike to the top of one of the cliffs provides views of the bay. It’s easy to see why the area has gained popularity and more tourist traffic in recent years, but thankfully the natural beauty of the bay endures. Our visit here was one of our favorite things to do in Gozo.

The red sandy beach at Ramla Bay is often cited as the best beach on Gozo. Its ruddy, soft sand is unique on both Gozo and Malta—two islands known for pebbly beaches—and leads into perfect turquoise water. The area provides a great swimming, snorkeling, and diving spot for families during much of the year and can get very crowded with locals and tourists in high season. While the Ramla Bay area is not particularly built up, there are two cafes and ice cream kiosks as well as chairs and umbrellas for rent.

If the beach gets too crowded, head for Calypso Cave nearby. Overlooking the western side of the beach, the carved out area is believed to be the cave referred to by Homer in The Odyssey in which the nymph Calypso kept Ulysses for seven years.

Read about more things to do in Malta

How to Get to Gozo from Malta

Traveling by ferry is the only way to reach the island, but luckily it’s quite affordable at less than €5 per passenger roundtrip. The ferry to Gozo departs from Ċirkewwa in Malta roughly every hour year-round, and the trip takes about 20 minutes. You can reach Ċirkewwa via several different bus routes, but a taxi is the most reliable way to reach the ferry station if you’re hoping to get on a specific ferry.

There are a number of options for getting around the island. 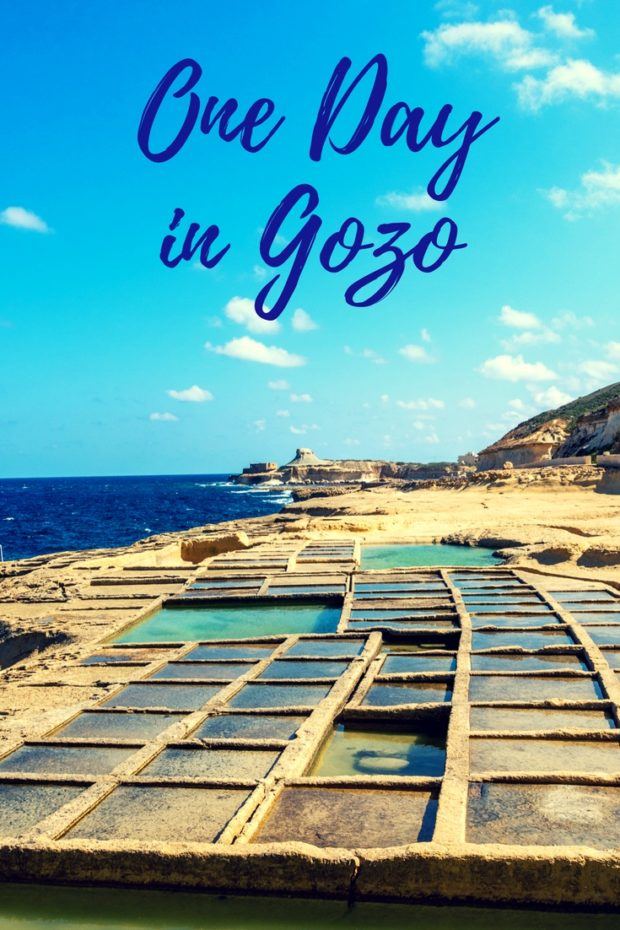 I would love to chill out in this town. The water is so blue!

Wow, the contrasting colors are beautiful! This is one spot in Europe I definitely need to get to soon!