The hills, fjords, and harbor of Bergen, Norway, make it the ideal destination for a weekend in this beautiful country. Bergen exudes so much charm and small-town feel, you’d never know it’s actually Norway’s second largest city. For many visitors, a sunny day here is like a unicorn, but we lucked out and had fantastic weather for most of our visit, which allowed us to explore the best things to do in Bergen during our trip to Norway. Here’s a look at some of our favorites.

Taking the funicular up Mount Floyen is one of the best things to do in Bergen. A quick 8-minute ride takes you up the mountain for fantastic views above the city. On a clear day, it feels like you can see forever.

From the top of the funicular, you’ll watch the activity in the harbor and along the waterfront. You’ll see the ferries leaving on their fjord cruises. When you’re done gazing at the city below, you can visit the troll in front of the forest or grab a snack at the café.

We have always been fascinated by the intricate, multi-layered stave churches of Norway. When we saw that one of these masterpieces was only about 20 minutes from the city center, it was a no-brainer to visit.

Originally built in Sognefjord around 1150, the Fantoft Church was moved to Bergen in 1883. Sadly, arsonists burned it to the ground in 1992, so what you see now is a re-creation, along with a cross that dates from the 11th century. Even though the current structure is a reconstruction, it’s still a remarkable example of Norwegian design and heritage and one of the intriguing things to see in Bergen.

Of course, given our obsession with markets, Bergen’s bustling fish market was our first stop. From king crab to live lobster to fish and chips, you can find almost anything seafood-related in this harbor-side space.

In the off-season, head inside to wander the displays of edible treats and have a sit-down meal at one of the eateries. Grab a seat by the giant window (and a blanket) and watch the activity outside. In the warmer months, visit the vendors outside and try all the fresh, free samples you can get your hands on.

See the city from Mount Ulriken

Riding the cable car to the top of Mount Ulriken is similar to the experience on the funicular but provides an altogether different view. At 643 meters high, Mount Ulriken is the highest of the seven mountains that surround Bergen. From the top, you can see not only Bergen’s cute harbor but the whole city and suburbs and islands stretching out for miles. There are even free telescopes at the top if you want a closer look.

We were captivated by Bryggen before we ever set foot in Bergen, and finally seeing the UNESCO World Heritage site in person did not disappoint. Bryggen is the oldest—and possibly most colorful—section of the city, with footprints dating back to the 1200s. The current 58 buildings date from after a fire that devastated the city in 1702.

From the front, you would never know that these narrow buildings lead to a maze that includes workshops, specialty stores, boutiques, and more. It’s easy to lose yourself in the history, architecture, and shopping here.

At the entrance to the harbor, Bergenhus Fortress contains some of the most important buildings in the city. Some of the structures here date back to the 1240s, though there were likely buildings on this spot at least a century before that.

In the Middle Ages, the fortress contained the royal residence in Bergen (the city was the capital until 1299) as well as a cathedral, the bishop’s residence, and other important religious buildings. The dramatic stone King Haakon’s Hall is the only surviving part of the former royal palace. It is used for occasional concerts and banquets, and the public can visit the museum inside which serves a dual purpose with exhibits about the building’s history and sections dedicated to Norway’s resistance movement during World War II.

The other building left in Bergenhus Fortress is Rosenkrantz Tower. Much of the tower dates from the late 1500s, but it incorporates the “Keep by the Sea,” a tower from the 1270s that was part of the royal castle. Six months of the year, visitors can climb the narrow stairs to the roof, which provides beautiful view of the city.

Stop for a sausage

Like the famous hot dog spot in Reykjavik, Trekroneren is a bit of an institution in Bergen. For over 70 years, this kiosk in the city center has been serving fabulous sausages to people at all hours of the day (it’s open until 4am on weekends). Its longevity should tell you something about how good it is.

The selection ranges from traditional frankfurters and bratwurst to wild game sausage. We opted for the reindeer (because, Norway) and currywurst varieties topped with curry sauce and raw onions. Our breath probably wasn’t very good, but the sausages certainly were. So good, in fact, that we went back twice. You can’t beat a $9 meal in Norway.

Surrounded by fjords, Bergen is the perfect place to catch a ferry to explore the natural wonders of Norway. Several cruise companies leave from the center of the city. From here, you can visit the beautiful Sognefjord, head to Baroniet Rosendal—the smallest castle in the country—or start the famous Norway in a Nutshell train and fjord journey.

Bergen once had the largest concentration of people with leprosy in Europe and was home to three hospitals for leprosy patients. St. George’s Hospital, which once cared for lepers, is now a museum about the disease, its sufferers, and its treatment, pioneered by Dr. Gerhard Armauer Hansen in Bergen. Exhibits detail Norway’s contributions to leprosy research, including the work of Dr. Hansen, who discovered the leprosy bacterium and gave his name to the modern name for leprosy.

Bergen is a very walkable city, and there’s lots to see everywhere you look. Among the shops and cafes and historic buildings, there are works of art on many blank walls throughout the city. We found murals big and small all over the city, but there’s a great collection in the streets near the Leprosy Museum.

Visit Bergen provided a Bergen Card for us to enjoy some of the city’s sights. All opinions are our own. 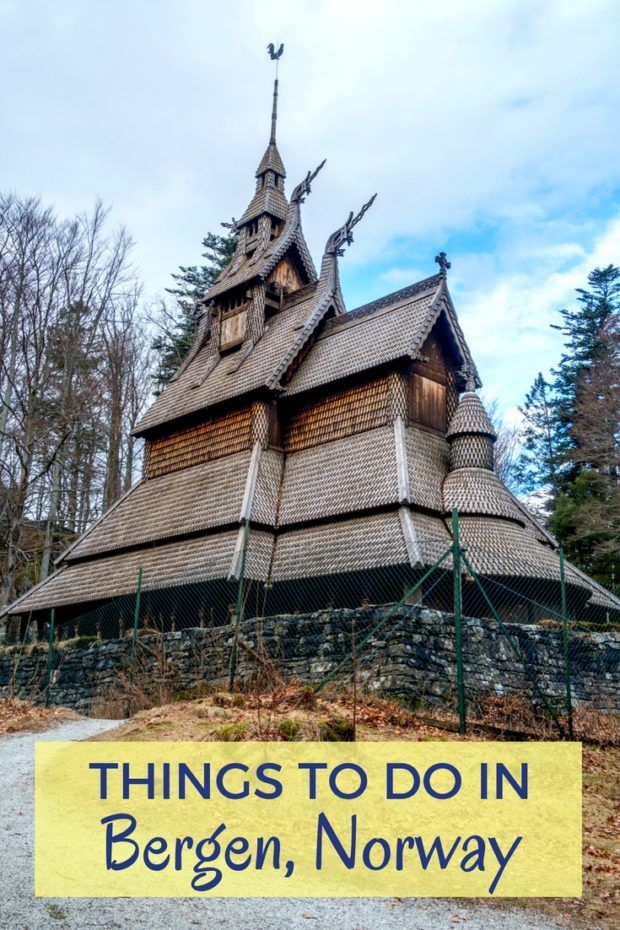 On my way in a week. Can't wait to see some of these sites. Thanks for posting.

Have a great time! It's an amazing place.

I was in Bergen last year from 17th to 23rd May and it was sunny and warm all the time! It was perfect.

Oh! I have been in Bergen too but the weather was not that nice :) Norway is beautiful and you can find some wild places where you can rest and enjoy the nature :) I love it

We were very lucky with the weather :)

Hi from a fellow travel addict :) I loved this post! Norway has been on my radar for awhile, but you just made it bump up a few spots. Those shrimp look amazing.

Norway is probably in the top 3 of our favorite trips ever. Highly recommended!