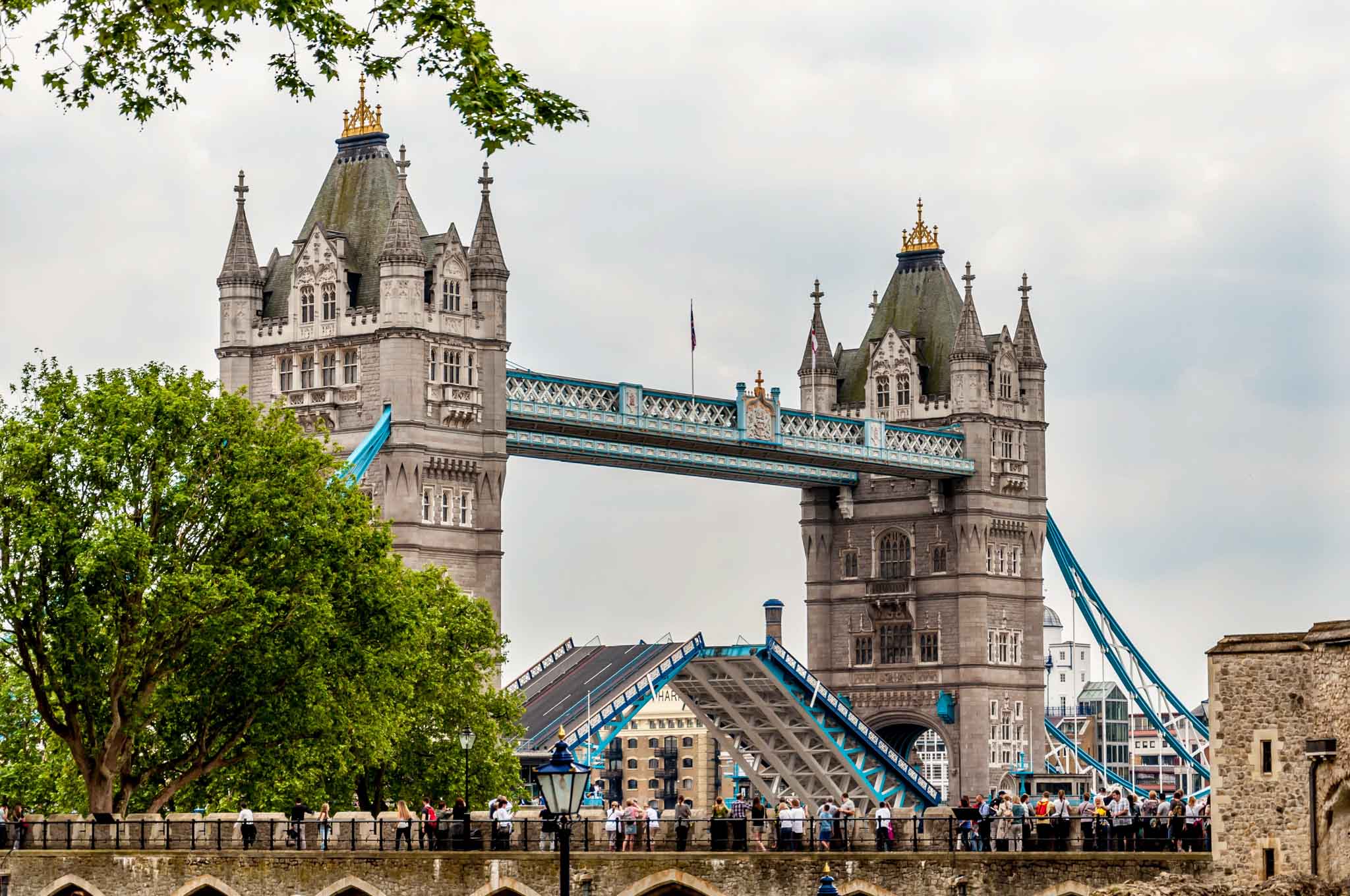 The Tower Bridge as viewed from the Tower of London

Along with Wales, Scotland, and Northern Ireland, England is part of the United Kingdom. From its times as a colonizer through the Industrial Revolution and up to today, the country has had a major impact on the culture, customs, and legal systems around the world. As major economic and political player, it is a critical actor international organizations and governing bodies such at the United Nations and NATO. Its national religion is the Church of England, which was established in 1534. The country has a parliamentary system and a constitutional monarchy. Its Royal Family is probably the most visible and well-known in the world.

When many people think of England, they think primarily of its capital city, London. With landmarks like Buckingham Palace, Westminster Abbey, the London Eye, and so many more, London is indeed an incredible city (reached internationally most often by its enormous Heathrow airport). It’s known not only for history but for shopping, museums, and culture. The much smaller city of Oxford is known for its world-class University, which has been a center of learning for centuries and where some of the world’s greatest discoveries have been made and great works of literature composed. From Liverpool to Bath to Stratford-Upon-Avon and beyond, there are so many things to see, do, and learn about in this beautiful country.

Imagine you’ve booked a vacation and end up with a connection through London’s Heathrow airport – resulting in a 13 hour layover. How much of London can you see on a long Heathrow layover? As it turns out, the answer is a lot.

Read More about Seeing London on a Long Heathrow Layover

Getting a Shower at London’s Heathrow Airport – Travel Insider Tip

The definitive guide to Heathrow showers at one of the world’s busiest airports.

For two weeks each year, the squares and streets of Bath transform into the city Christmas market—a festival of food, entertainment, gifts, and holiday decorations.

Oxford Day Trip: A One Day Itinerary in the City of Dreaming Spires

Oxfords’s core is compact and highly walkable, making it easy to cover a lot of ground quickly, so it’s ideal for a brief visit.

Read More about Oxford Day Trip: A One Day Itinerary in the City of Dreaming Spires

18 Best Things to Do in Bath, England

Over 25 years ago at summer camp, I met a young woman from Bath. She told me stories about a beautiful town in the west of England that had hot springs and looked like it was right out of a movie set. It turns out she wasn’t lying.

Read More about 18 Best Things to Do in Bath, England

31 Fun Things to Do in Oxford, England

Oxford is full of world-class museums, fun pubs, and great sites to explore. Every time we return, we discover something new.

Read More about 31 Fun Things to Do in Oxford, England

12 Fun Things to do in Notting Hill

With candy-colored homes, great restaurants, and one of the most famous markets in the world, there are lots of fun things to do in Notting Hill.

Read More about 12 Fun Things to do in Notting Hill

Soaking Royally at the Thermae Spa in Bath

Many cities claim a heritage of thermal baths, but Bath delivers on that history. These days, the Thermae Spa in Bath has been completely re-envisioned as a modern palace of relaxation.

Read More about Soaking Royally at the Thermae Spa in Bath

We know what you’re thinking: London food tours? Yes, British cuisine has long had a negative reputation. Ask anyone to name a dish from England and you’ll probably get a unanimous answer: fish and chips. But we discovered there’s a lot more to British cuisine than beer batter.