Adelicia Acklen had more money than most people could ever dream, especially at a time when women were not generally allowed to have money at all. The widow of one of the wealthiest slave traders in the US, she built Belmont Mansion—a 36-room, 20,000-square-foot retreat—as a summer home. Now in the middle of Nashville, the mansion is one of the most popular attractions in the city.

A Belmont Mansion tour is a look at how the wealthiest of the wealthy lived in Tennessee at the time around the Civil War. With lavish decorations and the finest finishes, it was a work of art, and the surrounding estate became like a resort for the Acklens’ neighbors.

The Masterpiece of Belmont Mansion and Estate

Adelicia Acklen began building Belmont Mansion (originally known as Belle Monte) in 1849, just three years after the death of her first husband. A partner in the largest slave trading firm in the US and renowned for his cruelty, Isaac Franklin owned six plantations and 750 enslaved people when he died. His passing left Adelicia a millionaire, though the origin of her income was about as unsavory as it gets.

With her second husband, Joseph Acklen, Adelicia built Belmont Mansion on their 180-acre summer estate. When the home was completed in 1853, it was one of the most remarkable in Nashville. It was still 8 years before the Civil War, and money was no object for the wealthy couple.

Over the next few years, the estate became even grander. There was a greenhouse and a conservatory. An art gallery and a bowling alley were built for culture and recreation, and the bath house helped with Joseph’s arthritis.

Beyond the main buildings, the grounds were extravagant, too. There were massive gardens, fountains, a lake, and a water tower that still stands on the property today.

The most unusual thing at the antebellum estate was unquestionably the zoo. With an aviary, a bear house, alligators, monkeys, and a deer park, the Acklens amassed their own menagerie. There was no public zoo in Nashville at the time, and the Acklens loved the animals so much that they opened their zoo for local visitors to enjoy.

It was a grand life, indeed.

Taking a tour of Belmont Mansion offers a look into the life of high society. It is richly colored carpets, beautifully carved wood, and paintings that cost more than most people earned in a year. It is the largest house museum in Tennessee, so there is a lot to see.

We began our tour on the first floor in the Grand Salon where the sweeping staircase, ornate columns, and marbleized wood floor were designed to make an impression on everyone who visited the Acklens here. The intricate crown molding and arched windows reinforced the idea that this was a place where the details were taken seriously.

In the parlor, library, and other spaces downstairs, we saw flowery wallpaper, carved fireplaces, and original Venetian glass—one of the most expensive decorations of the time. Our tour guide shared stories of Adelicia’s friendships with President James K. Polk and his wife and even with Napoleon III. We learned about her collection of marble statues purchased on her Grand Tour of Europe after the Civil War, a time when few people had that much money available.

Upstairs, the bedrooms were not quite as opulent as the entertaining spaces downstairs. Still, we saw plenty of gorgeous headboards, expensive vases, and linens fit for royalty. The wallpaper in Adelicia’s large bedroom was the same as what covered the walls in The Hermitage, President Andrew Jackson’s estate nearby.

But among so many luxurious things, there are also stories of real life. From the beautiful painting of Adelicia’s three daughters who did not survive to adulthood to Joseph’s succumbing to malaria during the Civil War, the stories of the Franklins and Acklens are certainly not all rosy.

On this tour surrounded by all the lavish items, it’s easy to forget where the money to purchase these gorgeous things came from.

Adelicia was a strong woman and a shrewd negotiator to thrive as she did through the challenges life brought her. (She once made a cunning deal with both Union and Confederate generals to reclaim nearly $1 million in hay bales that soldiers wanted to burn.) But she was also an owner of people and plantations. That part of the story is only a small portion of the tour.

There are several reasons that the narrative of the enslaved workers at Belmont Mansion isn’t more prominent. Unlike Belle Meade plantation a few miles away or other plantations we’ve been to in New Orleans, Belmont was not an actual plantation. The land and most of the enslaved people from whom Adalecia made her money were not here—her holdings were primarily in Louisiana and Texas as well as elsewhere in Tennessee.

The tour doesn’t hide the reality of slavery or its importance in the lives of the Acklens, but it can’t show it to visitors. The physical space where the 32 enslaved workers spent most of their time at the mansion was changed or demolished within a few decades of the end of the Civil War.

The basement where the enslaved people primarily worked was remodeled beginning in 1889, erasing historical details there. By the next year, the quarters of the enslaved were removed, which made interpretation of their living situation impossible. Without census records or other detailed accounts, the stories of the people who made Belmont run are lost to time.

With a few exceptions, the outbuildings of Belmont Mansion and its grounds are gone or have been substantially changed over the years.

In December 1864, Union troops took up residence at the Belmont for two weeks. Though the house and its contents weren’t harmed, the same can’t be said for the grounds. Multiple buildings, walls, and the manicured gardens were left in tatters or destroyed. The fence was used for firewood, and other materials on the grounds were taken for the soldiers’ use.

In 1887, Adelicia sold the mansion, and by 1890, it had become part of a women’s college. Substantial changes were made across the property that caused it to deviate further from the original design.

Today, the mansion is an important part of the Belmont University campus, a green oasis in Nashville. The aviary and an original iron gazebo can still be seen along with the Acklens’ water tower. Sadly, there are no crocodiles or bears anymore, but that’s probably best for the students.

Belmont Mansion is located in the Belmont/Hillsboro Village neighborhood of Nashville less than 3 miles from the heart of downtown. There is a small parking lot (which can be awkward if it’s particularly full) right next to the mansion, and there are more parking spaces just a few steps away.

Tickets are available online or in the mansion gift shop where the tours begin. 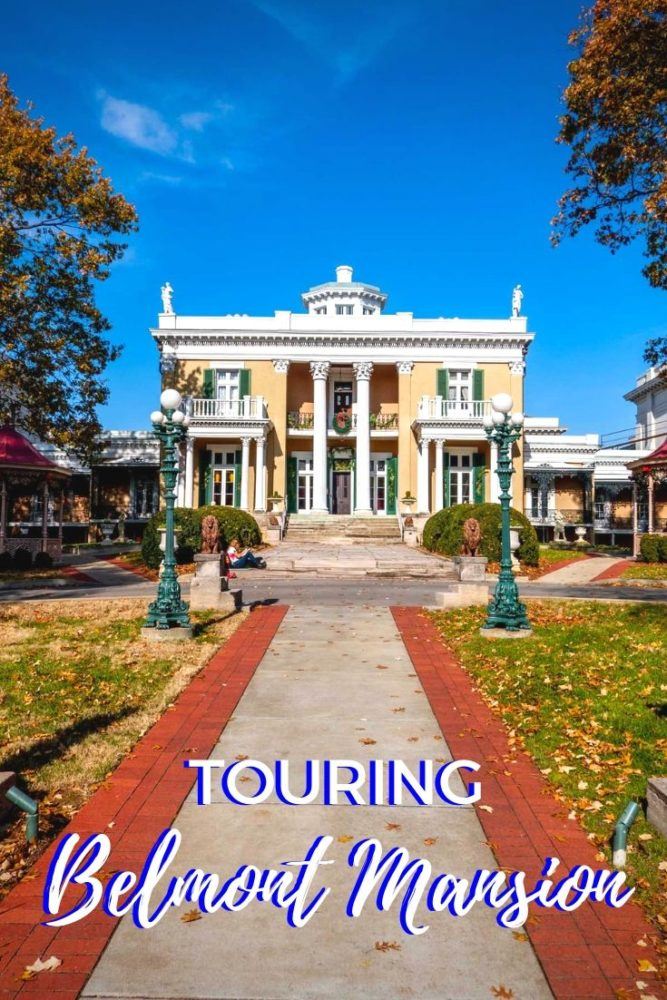