A one-stoplight town in southern Tennessee is home to the top-selling American whiskey in the world. In fact, every shot of Jack Daniel’s whiskey sold around the globe is made in the tiny dry town of Lynchburg. This wide spot in the road attracts over 300,000 visitors a year to see how Tennessee whiskey is made at the Jack Daniel’s distillery on the edge of town.

Less than two hours from Nashville, the distillery is a place to see how craftsmanship and attention to detail have built a brand and drinks that people swear by. A Jack Daniels distillery tour is also a walk through the 150-year history of Jack Daniel—the man himself and his namesake products. It’s a look at the impact of Prohibition, the rise of a family business, and making it “the best we can” every day, as a sign in Jack’s old office proclaims. And you don’t even have to be a whiskey fan to have a good time.

Jack Daniel was a force of nature. At only 5 feet 2 inches tall, he had to be a bit fiery and a lot gregarious to get things done. He was known for his love of music and parties, which always attracted a lot of attention in sleepy little Lynchburg. Although Jack never married, he was rarely without a lady or two on his arm.

Nothing shows Jack’s spitfire personality more than the story of his death. One morning, he was frustrated when he forgot the combination to his safe. Losing his temper, he kicked the safe so hard that he broke his toe. Over time, his foot didn’t heal correctly and the resulting infection killed him.

The end to Jack Daniel’s life was just as dramatic as his early years. One of 13 children, Jasper Newton “Jack” Daniel ran away from home at the age of 7. He became acquainted with a local storekeeper and minister, Reverend Dan Call. Jack apprenticed to Rev. Call and took up a trade not terribly common for seven-year-old boys—whiskey making.

Jack learned the ropes from one of the enslaved men working for Rev. Call, Nearest Green, and the whiskey increased in popularity. At the same time, pressure mounted from Rev. Call’s congregation, suggesting that whiskey making might not be the best for a man of the cloth. Call chose religion over distilling and sold the business to Jack for only $25 when he was 20 year old.

What is Tennessee Whiskey?

So what did Jack make at his $25 company in Lynchburg, Tennessee? Tennessee whiskey, of course. Though there are common standards, different types of whiskey are made and aged differently around the U.S. and the world.

We’ve seen it done in five-gallon barrels at a renowned distillery under a bridge in Texas, and at a 230-year-old distillery on the coast of Northern Ireland. Everyone has their own spin.

Jack Daniel’s whiskey is made from corn, malted barley, and rye and is distilled in copper stills. The resulting white whiskey is then drip filtered through 10-foot stacks of sugar maple charcoal, which is produced on-site. It is this step that sets Tennessee whiskey apart from any other type.

Although it sounds like the charcoal would impart a flavor into the product, curiously, it doesn’t. After the filtering, the whiskey is stored in newly handcrafted toasted oak barrels, which give it color and most of its flavor.

The whiskey ages for 4 to 7 years. In a place like Tennessee, the weather plays a large part in the aging. If it’s warm, the whiskey will take on more flavor from the barrel faster because of how barrels breathe. If it’s unusually cool, things may take a bit longer. That’s why master tasters are also an important part of the process, making sure that the taste and color are right through every step.

The Jack Daniels tour was one of the most information-packed tours we’ve been on in a long time. And every bit of it was entertaining. From the tales of Jack himself to seeing the distillation process firsthand, we were engrossed in all of it. The traditional distillery tour took a little more than an hour, and there was a lot to see.

The distillery tour began with a ride to one of the 87 warehouses where we got a glimpse into how much whiskey is really on this property. From there, it was all on foot. We wound our way downhill to the rickyard, an area that plays a key role in the whiskey-making process.

Here, they burn enormous towers of whiskey-sprayed sugar maple wood until it becomes charcoal. This is the charcoal that is ultimately ground down for use in the filtration process—the thing that separates Jack Daniel’s Tennessee whiskey from other whiskeys and bourbons.

The next stop was the cave spring. The natural spring that flows through a limestone cave was one of the main reasons Jack built his distillery here. Thanks to the limestone, the water is filtered of all iron, making it a perfect component of the whiskey fermentation process. Without the spring, Jack Daniel’s wouldn’t be what it is.

After a look at Jack’s office and the aforementioned offending safe, we were off to see the heart of the operation in the still house. The first step that is handled in the still house is fermentation, which has the strong odor of baking bread. We’ve seen fermentation in distilleries in Nashville and beyond, but it’s nothing like what happens here.

Over 100,000 gallons of mash are fermenting at any given point, producing what I can only describe as a wall of carbon dioxide. As we approached one of the tanks to see the cool bubbling reaction happening inside, the strength of the gas almost knocked us over.

From there, we got a glimpse at the filtration process. The white whiskey is pumped into the charcoal at the rate of a gallon per minute. As the whiskey drops through the 10-foot tank, any remaining impurities are removed. When the master tasters decide that it’s ready, the whiskey is bound for the barrels.

The distillery makes five core products—Old No. 7 (black label), Gentleman Jack, Single Barrel, Tennessee Honey, and Tennessee Fire. And since we were on the tasting tour, we got to try them all. Interestingly, all the products are made from the same base recipe in the same way. It’s only after aging that they are filtered further (as with Gentleman Jack) or have flavoring added (as with the Honey and Fire liqueurs).

The tasting room is where we got to learn the right way to taste whiskey. Taking a small first sip gets you over that initial shock to the palate. Then gently sipping and swirling the whiskey around your mouth really brings out the different flavors. And what different flavors they were.

We had both tried the Old No. 7 and Gentleman Jack in the past, but the other three products were totally new to us. And even though we’re not exactly whiskey aficionados, we loved the praline notes of the Tennessee Honey and the smoothness of the high-end Single Barrel (an actual single barrel, which makes 240 bottles, can be bought here for a mere $10,000). I was also a big fan of the Tennessee Fire, which is kind of like the tastes of fall in a glass.

Jack Daniel’s distillery is in Lynchburg, which is located about 1.5 hours southeast of Nashville.

There are four options for Jack Daniels distillery tour. The Dry County Tour takes just over an hour, and the Flight of Jack Daniels Tour (the one we did) and The Angel’s Share tour both take about 1.5 hours. The 3-hour Taste of Lynchburg tour includes a meal at the famous Miss Mary Bobo’s restaurant and a tour and whiskey tasting. Most of the distillery tours require walking, and much of the time is spent outdoors, so dress appropriately.

Tours are conducted daily from 9:00am to 4:30pm and are done on a first-come-first-served basis, or you can book in advance on their website (recommended).

The White Rabbit Bottle Shop sells all the different Jack Daniel’s alcohol products. You can even get a bottle personalized on-site. The larger gift store in downtown Lynchburg sells pretty much every kind of memorabilia you could imagine.

One of the appeals of Jack Daniel’s is its remote location. If you are visiting, it is possible to do as a day trip, and it’s a great addition to a weekend trip to Nashville. However, there are several hotel options in Lynchburg and nearby if you want to stay close.

We were the guests of the distillery. All opinions of the interesting and barrel-aged are our own.

Have you ever been on a distillery tour? 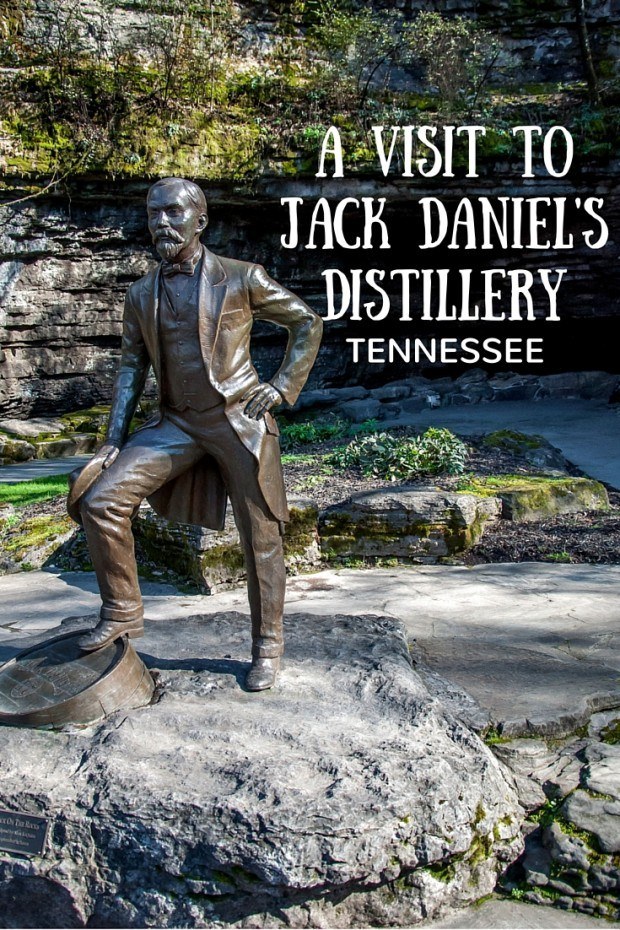 I’ve been there three times and it’s great

How Is the weather in the first week of October ?is it a good time to visit? don't want to be rained out.

October isn't really any rainier than other months, and it would still be warm in Tennessee.

Would like to plan a trip in July or August. Are you fully open for tourist since the virus?

They have not reopened for tours yet. I would suggest checking their website or Facebook page for more information.

What makes the Taste of Lynchburg tour so much more that the other tours? I understand their is a meal, but the price increase seems excessive if only a meal is added. Are you able to share any insight on this?

What is the difference between black label and green label in the making?

Green label is a lighter, less mature whiskey. They age it near the center of the warehouse, so it's less subject to temperature changes and would take on less characteristics of the wood.